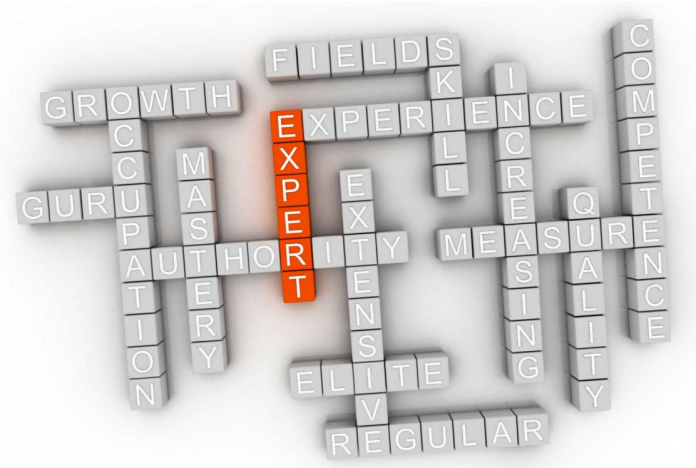 Sarah Scala explains the practicalities of involving a tax dispute resolution specialist in a dispute between your client and HMRC.

In this article I explain how Tax Dispute Resolution (TDR) specialists like myself work with accountants when their client is the subject of a HMRC enquiry or investigation.

I have considered the flags that would indicate it is worth considering bringing in specialist support and, once a reg flag is identified, how the accountant broaches the subject with their client such that the client welcomes and values the suggestion.

Picture the scenario: an HMRC letter lands in your inbox, notifying you of an enquiry or investigation into one of your client’s tax affairs. A natural first response is to consider the enquiry questions and begin to draft a written reply.

For example, I spoke to an accountant contact recently about a HMRC letter alleging that the accountant’s client was connected to a tax fraud. I asked the accountant when he was due to meet his client to discuss the letter. “Tomorrow morning” was the response, and as soon as our call ended the accountant emailed me his draft reply to HMRC’s letter for my input.

This demonstrates that sometimes an accountant can feel that they know their client so well that they skip a crucial step in the enquiry handling process; meeting with the client and listening to what they have to say in response to the HMRC letter.

The right time to involve a TDR specialist is on identification of any ‘red flags’, or at any other time when you feel a no-obligation discussion might be beneficial.

1) HMRC’s letter includes a suggestion of careless or deliberate behaviour or, when you speak to your client about HMRC’s letter, your client admits to careless or deliberate behaviour. Behaviour classification is important because it affects the number of years HMRC can assess to tax, interest and penalties, the percentage penalty and whether a penalty can be suspended. For cases involving deliberate behaviour, a specialist might suggest making an application to HMRC for the Contractual Disclosure Facility, which can offer immunity from prosecution providing the taxpayer cooperates fully with the process.

2) HMRC’s letter has been issued in accordance with:

3) HMRC are enquiring into offshore issues, which HMRC may refer to as ‘offshore non- compliance’ or ‘offshore transfers’. This is important because Requirement to Correct (RTC) legislation and Failure to Correct (FTC) penalties could apply. FTC penalties apply to offshore non-compliance for the years 2015-16 and earlier and are a minimum of 100% of the tax owed. The maximum or ‘standard’ penalty rate is 200%.

FTC penalties do not vary according to:

• the original behaviour associated with the non-compliance – for example, it does not matter if the behaviour was ‘careless’ or ‘deliberate’.
• the location of the income gains or assets.

Non-compliance which results in an FTC penalty may also result in additional penalties, called asset moves penalties and asset-based penalties, being charged. Put simply, regardless of whether FTC penalties apply, offshore penalties can be punitive and getting the right tax figure has therefore never been more important.

One would be forgiven for assuming that a tax adviser guilty of three counts of tax fraud committed over a five-year period was destined to receive a custodial sentence, but a criminal conviction and prison could have been avoided in this example by entering the Contractual Disclosure Facility or possibly even after the arrest if a deal was reached with HMRC And the Crown Prosecution Service not to prosecute on receipt of tax computations and payment. No matter how serious the situation might appear, there are alternatives to hoping that HMRC’s criminal investigators won’t discover a tax fraud.

5) The tax at stake is large; that is if HMRC succeed in recovering the amount they believe to be due, this would have serious consequences for the taxpayer, such as bankruptcy or going out of business.

6) Progress is no longer being made with HMRC and/or the relationship between you and your client is getting strained. For example, the client may have suggested that, in their opinion, you are not fighting hard enough or are agreeing with HMRC too often. Seeking a second opinion, is a win-win scenario. The specialist might suggest a change in strategy, which your client will thank you for and/or the specialist’s second opinion will confirm that your approach was the right approach, at least for that stage of the enquiry or investigation.

How to have the conversation with your client

Once you have decided that involving a specialist, or at least requesting an initial no- obligation consultation, is the right way forward, you will need to consider how to suggest this to your client. I recommend being open with your client from the outset.

Engaging a TDR specialist can:

• Prevent a sizeable tax bill, high percentage penalties, frozen bank accounts and criminal charges.
• Increase the likelihood of reaching a favourable settlement with HMRC and of concluding the enquiry or investigation sooner than would otherwise be the case.

In addition, the technical skill set offered by a specialist includes:

• Extensive experience of interacting with HMRC both in writing, on calls and in person.
• Technical expertise on HMRC’s powers, time limits and penalties.
• Comprehensive knowledge of the types of enquiries and investigations HMRC can conduct and disclosure routes available to taxpayers and the processes involved in each.

The specialist should also be able to scope out each stage of the assignment and estimate fees for each stage.

Once you have considered involving a specialist and identified the right specialist, for example based on technical expertise, availability and being a good fit for your client, you should introduce the specialist to your client. I recommend that you attend the introductory call or meeting because you will be able to provide necessary information to the specialist which they will then use to propose a strategy for the specific scenario. Your client will be relieved and will feel supported because you identified the right time to bring in the necessary support.
Sometimes, after engaging a new client I discover that their accountant has made a mistake.

Rather than dwell on the error, I quickly establish what the issues are and quantify the tax cost of the error. I will explain to the accountant what has gone wrong and what needs to be done to correct the position.

I once took on a new client who needed to disclose undeclared bank accounts. At the start of the assignment, I traced the amount in the accounts to the original source of the funds and discovered that properties had been transferred from personal ownership to company ownership. The accountant had told my client that capital gains tax deferral relief was available. This was incorrect and so my client’s disclosure also included a considerable amount of capital gains tax. The accountant had provided the wrong advice on a purely technical point. This would not have put me off involving the accountant in the assignment however, in this case, they did not need to be involved and once the disclosure had been agreed by HMRC I had a handover meeting with the accountant and gave them a copy of my report.
A more common mistake that I see is not bringing in specialist support early enough. Our options are limited once HMRC has made its decision and reached the end of an enquiry.

Often, the point at which I become involved is suited to a change in strategy so it is not necessarily the case that I will take over a previously determined plan. Instead, I usually suggest an alternative strategy on the understanding that I am the best person to implement that new strategy.

The specifics of the case, and the strategy proposed will determine how much the accountant and their team are involved and who the specialist will be engaging with. I would always consider whether any of the computational work can be carried out by the accountant or his team members. This is an efficient way to staff the project, often leads to the best result for the client and enhances my relationship with the accountant referrer. If this is not possible, then I will seek junior support within my own business.

It is usually easier for billing purposes if the client engages directly with the specialist, however, if the specialist’s input is part of a larger project you may wish to engage the specialist directly and factor in their fees when invoicing your client.

If a specialist is to be involved in the handling of an enquiry or investigation, the taxpayer can either sign an Authorising your Agent form 64-8 or a HMRC form COMP1, entitled ‘Compliance checks: Temporary authorisation to allow HMRC to deal with your tax adviser’. Either method should enable the specialist to speak to HMRC about the taxpayer once HMRC has processed the signed form.

However, I would only use the first method, i.e. completion of form 64-8, if I planned to send the 64-8 to a named HMRC officer who I knew was handling the enquiry or investigation I was due to be involved in. In that situation, the officer would note my authority on file but would not usually send it to the HMRC Agent Maintainer Team who usually take receipt of the 64-8 forms.

If the form falls in their hands, there is a risk that the day-to-day accountant’s authority will be displaced. To minimise the risk of that happening, the COMP1 form is a better option and the authority that it gives will be in place until the conclusion of that enquiry or ‘Compliance Check’, as HMRC call it.

I am a firm believer of sharing knowledge and collaborating with others in the wider profession. By supporting my accountant referrer network as much or as little as is requested, I benefit from real time insight into HMRC’s focuses and from time to time, I will be asked to take on a significant case in its entirety because there is just too much at stake for the accountant if it goes wrong.

Some accountants fear that specialists might try to take their client. This is not an issue for Claritas Tax because we are not accountants and so do not offer accounts preparation and audits. Even when there is overlap of service offerings, it would not be in the interests of specialists like myself to take clients from accountant referrers. Running a successful business from a non-recurring work stream is tough and keeping our referrers happy and securing repeat business is the secret to our success.

That said, if you take up the offer of an initial consultation, it does not mean that specialists such as myself necessarily expect it to lead to a formal engagement, however, I hope that this article has helped to explain when formally appointing a specialist can be beneficial and how the process will work.