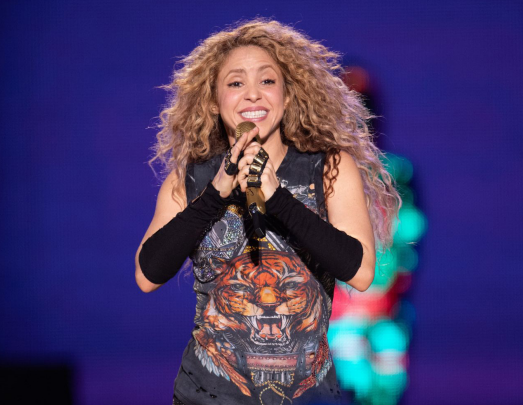 Andy Wood describes how HMRC has taken a leaf out of its Spanish counterpart’s book when it comes to celebrity taxpayers.

It’s a hard life being a global pop star. OK, please bear with me on that one.

Worldwide restrictions to limit the spread of Covid-19 have prevented touring to any great degree for 18 months. The popularity of streaming has hit incomes too, generating significantly less cash than the sales of albums or even CDs have done in the past.

Attempts to boost one’s profile also now carry the potential of stoking social media trolls, who behave in a way which even the worst music critics never used to.

In addition, there is the ever-present threat of the tax inspector, eager to take his or her share of your wealth.

The latest artist in the firing line is the Colombian singer, Shakira. Efforts to plug her latest single earlier this summer were somewhat overshadowed by the news that Spanish authorities have recommended she face trial for alleged tax fraud.

In 2019, Shakira was charged with not paying £12.3 million in tax between 2012 and 2014 – a period during which she set up home in Barcelona with the footballer Gerard Pique and gave birth to the first of the couple’s two sons.

Although one of the world’s biggest selling Latin music performers, she is simply the latest celebrity to find herself in the firing line of the Agencia Estatal de Administracion Tributaria (or AEAT, for short), Spain’s equivalent of HMRC.

Investigators seemingly became interested in her financial affairs after she featured among the Paradise Papers, the 2017 leak of more than 13 million files from two offshore services providers and company registration offices in 19 of the world’s main tax havens.

The AEAT’s other targets have included one of the world’s bestknown football coaches, Jose Mourinho, and two of the most talented players of their generation, Cristiano Ronaldo, and Lionel Messi.

The fact that Gerard Pique was ordered to pay nearly £1.9 million in tax arrears and fines in 2019 arising out of how he structured his image rights payments might also make for interesting conversation with Shakira at their breakfast table.

All of them were caught out by the decision in 2010 to change what had become known as ‘the Beckham law’ – a provision making certain offshore earnings exempt from Spanish tax and allegedly a factor in his move from Manchester United to Real Madrid in 2003.

The eagerness of the Spanish tax man to tackle some of the biggest names in La Liga and the pop charts (Julio Iglesias was also investigated for alleged tax evasion – has made waves far beyond the Iberian peninsula).

Some have even suggested that the headlines which the AEAT’s activity created have prompted our own ‘Hector, the tax collector’ to up his game. Now, it should be stressed, the comparisons I am about to draw are not quite analogous. This is because the UK examples set out are in respect of alleged tax avoidance rather than evasion. As Denis Healey famously said, the difference being the ‘thickness of a prison wall’.

With that in mind, for your Shakira’s you can read Gary Barlow and his colleagues in Take That, or Cheryl Tweedy.

Instead of Messi and Ronaldo, England has David Beckham and Wayne Rooney, both of whom failed to overturn an HMRC determination that a film finance scheme in which they were investors amounted to tax avoidance.

Again, these UK stars have done nothing wrong from a legal perspective – but have perhaps suffered the financial and, perhaps more importantly, the reputational hit as a result.

Whenever a star has his or her collar felt by the taxman, it perhaps provokes two reactions: exciting news desks across the land and producing not a little unease among taxpayers at large. Yet challenging the tax affairs of household names is not all plain sailing for the Revenue.

While those very celebrities may have lots of cash to hand over to Treasury coffers if critical tax rulings are upheld, they also have the means of defending their reputations and riches. Instead of an intended deterrent effect, HMRC has found itself on the end of a thrashing at the tax tribunals on a few occasions in recent years.

One of the most significant was that of Lorraine Kelly, who succeeded in overturning a £1.2 million demand for tax and National Insurance Contributions (NICs) from the Revenue in March 2019.

I wonder whether it was merely coincidental, therefore, that Ms Kelly’s television show recently featured on the roll call of interviews for Shakira? Was she merely promoting her new release or looking for advice in how to fight her corner against the taxman?

Further, earlier this year we had the case of billionaire property developer, Christian Candy, which exemplifies both sides of this ledger.

His acquisition and gifting (to his brother) of a substantial London property fell foul of what The Times newspaper termed an ‘obscure’ rule.

Devil’s advocate might suggest it was the profile of the taxpayer that prompted HMRC’s intervention in the case. However, it is likely that Candy’s resources will allow him to appeal this decision to the Court of Appeal.

However, Shakira’s case is resolved, I would be surprised if she is the last international celebrity be quizzed about their taxes.

Increasingly vigorous cross-border co-operation means that her breakthrough song – ‘Wherever, Whenever’ – now sounds less like a vow in a long-distance romance and more like a boast from the men and women at HMRC and their pals around the globe.

Andy Wood is an experienced tax adviser and a Barrister at etcTAX. Andy’s clients extend across all types of sectors, he has acted for large property entrepreneurs, international banks, tech companies and scrap dealers. Contact https://www.etctax.co.uk/contact-us/

Disclaimer: The information contained in this publication is for general guidance only. You should neither act, nor refrain from acting, on the basis of any such information. Professional advice should be taken based on particular circumstances, as the application of laws and regulations will vary.
Please be aware that laws and regulations are also subject to frequent change. While every effort has been made to ensure that the information contained in this publication is correct, neither the author nor his firm shall be liable in damages (including, without limitation, damages for loss of business or loss of profits) arising in contract, tort or otherwise from any information contained in it, or from any action or decision taken as a result of using any such information.