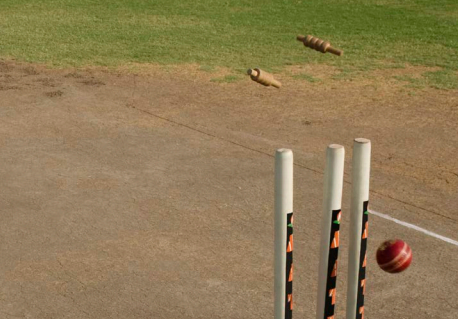 Gary Brothers relates the tale of a small village cricket club who fought a valiant rear-guard action against a controversial play by HMRC – and won.

We were delighted to, recently, secure a victory for a tiny North Yorkshire village cricket club in its David and Goliath-style battle with HMRC, that could have left it financially crippled and facing closure.

The Upper Tier Tribunal case concerned is Westow Cricket Club -vs- HMRC [UT/2020/0036] and is a case that few readers of the decision would be able to know the, frankly, unbelievable way this Community Club of volunteers had been treated in the hands of HMRC.

Westow Cricket Club, in the pretty village of Westow in Ryedale, North Yorkshire, makes just a few hundred pounds of profit each year from player subscriptions and the sale of refreshments at matches – think typical English village cricket – such as cucumber sandwiches and lemon drizzle cake on sunny afternoons.

Following years of village discussions over the development or redevelopment of a community sports hall, the cricket club were eventually tasked by the benevolent landowner, who wished to leave a legacy, with taking on and concluding the project (she had some rather forthright views over the respective financial and project management capabilities of the various village community groups – mums and tots, yoga group, cycle club etc. – eventually deciding “it’s only the cricket club that can get this thing done”.

So, in 2011 (yes, 10 years ago!) work began on the new sports hall. The funding was hard won by the club and comprised a mixture of benevolent donation from the land owner, Lottery and Sport England funding, with the rest raised through normal events such as race nights, raffles, and so on.

At the construction stage, the local builder asked the Club Secretary (a volunteer – by day job an NHS facilities manager) if his invoices were to be standard rated or if the club would be issuing a Zero-Rate Certificate. The Club Secretary did not know and so she asked the Club Treasurer (a volunteer – by day job a mortgage advisor) and he did not know.

So they did what any common sense person would do, they wrote to the VAT authority – HM Revenue & Customs – and asked them.

As we were responsible for taking this case (and losing it) to the First Tier Tribunal we are well acquainted with this letter – it laid out fully, transparently and explicitly factually the project (local village sports hall), its aims (to provide all village community groups with a singly-use hall facility), its uses (multi-group local village use), who is asking for the advice from HMRC (Westow Cricket Club), why they are asking (the builder has asked about the Zero Rate Certificate and the Committee were all volunteers and so did not know). Indeed, throughout the journey of this case through both the First and Upper Tier Tribunal HMRC never argued the letter was anything other than frank and honest and both Tribunals agreed.

HMRC duly wrote back to the volunteer Cricket Club in March 2012 and said:

“HM Revenue & Customs policy prevents this Department from providing a definitive response where we believe that the point is covered by our Public Notices or other published guidance, which, in this case, I believe it is.

“In view of the above, please refer to section 16 of Public Notice 708 Buildings 20 and construction. This explains when you can issue a certificate. Section 17 includes the certificates.

“Furthermore I would refer you to sub-paragraph 14.7.4 which covers what is classed as a village hall or similar building.

“Providing the new pavilion meets the conditions set out, and it appears to do so, the construction work will be zero rated for VAT purposes.

“If you have any further queries regarding this matter, please contact us quoting our reference number.”

Both the Club Secretary and the Club Treasurer read paragraph 14.7.4 of VAT notice 708 and, at Tribunal, the Treasurer testified in evidence that was accepted, that armed with HMRC’s confirmation that the “new pavilion meets the conditions set out, and it appears to do so” they issued the Zero Rate Certificate in good faith believing HMRC had confirmed that was correct.

All so far, so good.

However, nearly three years later, HMRC began a compliance check into the cricket club (along with many other similar clubs) over its issuing of the certificate. In short, in March 2015, HMRC concluded their check by confirming (in fact correctly) that the Certificate should not have been issued as the club did not meet the ‘registered charity’ leg needed to allow it to issue such a certificate for such a project, although this had not, nor had ever, been made clear by HMRC.

The Secretary and Treasurer appealed to HMRC (rebuffed) and then the First Tier Tribunal. Its appeal was that “The club considers that the construction services were zero rated for VAT purposes” – readers might think that is not an unreasonable ground of appeal given HMRC’s letter telling the club that the project “appeared” to qualify for zero rating.

Of course, experienced practitioners might realise, at this point, however that these grounds of appeal were doomed to failure – not least because the £20,937 assessed was a penalty and was not the VAT and, additionally, the project could not, despite what HMRC had said previously, qualify for zero rating doe to the registered charity point.

One might assume at this point that HMRC might tell these two volunteers that their grounds of appeal were doomed to fail… of course not. What in fact happened was that HMRC applied to the Tribunal to strike out this appeal on the grounds of “no reasonable prospect of success”. A hearing was called for by Tribunal.

As you might expect, the (volunteer) Treasurer and Secretary turned up at Tribunal to address it and attempt to deal with HMRC’s strike application.

A full hearing took place and the club were fortunate that the Judge refused the application due to the lay status of the Appellant’s and their clear lack of understanding of the law. The Judge suggested that the Committee should seek some help – they found us at Independent Tax.

Our first conservation was summer of 2017, by now this saga had been running for two-and-a-half years, with the attendant stress to the Committee at the idea that the club might have to fold in view of this debt. When I explained to the Committee that the HMRC charge was a penalty and not VAT, meaning that their defence was whether they had a “reasonable excuse” for the incorrect certificate issue rather than the building qualified for zero-rating, this was the first time anyone, at all, had raised this with them. Bearing in mind that HMRC had already tried to get the case struck out, and no one from HMRC could even bring themselves to point this volunteer Committee at their errors, then my view on HMRC’s approach is unprintable in this esteemed publication!

We appealed and then attended a First Tier Tribunal hearing, this time with the club appeal against the penalty on the grounds that it had a ‘reasonable excuse’ because of the misleading advice it had been given. HMRC contested that the letter sent to the club was not ‘definitive’ and so should not have been relied upon.

Although the Tribunal criticised HMRC for its ‘unhelpful’ advice, the First Tier Tribunal decision went against the club.

On this occasion, the club was successful in its appeal and the Upper Tribunal found that it did indeed have a reasonable excuse for incorrectly issuing the Zero-Rate VAT Certificate.

So, where are we now following HMRC’s ‘advice’ that was not ‘advice’?

Three Tribunal hearings and HMRC using Counsel at every stage for the sake of £20k. We’re now into an argument with HMRC over costs and, again, Counsel is no doubt eating up HMRC’s resources. On top of that, we now have some helpful clarity from the Upper Tribunal, so a big impact in First Tier cases, on the parameters for which HMRC ‘advice’ can constitute a reasonable excuse.

We, of course, are delighted to have played our part in scoring a really fantastic result for this tiny village cricket club. The volunteers who run the club faced the wrath of HMRC’s investigative arm for issuing an incorrect VAT certificate, even though they had cleared it first by contacting a HMRC helpline for advice and being told it was OK to issue it.

While, clearly, an area of principle for HMRC, the amount of penalty involved would have been far outstripped by the costs that have been incurred in defending this appeal. As a result of the club’s success at the Upper Tribunal, HMRC will be required to stump up the costs incurred by the club throughout these proceedings.

It has evidently been an expensive case for HMRC to take such a principled view of, and significant amounts of taxpayers’ money will have been used to fund this ultimately unsuccessful defence.