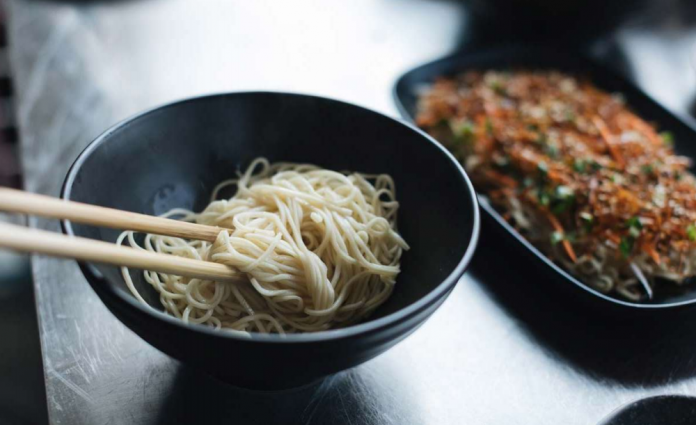 In many back duty investigations there is often a sense that the HMRC officer feels pretty sure that profits have not been accounted for, but quantifying the shortfall is very much down to guesswork and the need for some estimation will usually be inevitable.

In the VAT code, the legislation makes it clear that the officer is required to do no more than exercise ‘best judgment’ when determining how much to assess for. And this ‘best judgment’ requirement is implicit within the direct tax code.

The recent First-tier decision in the case of Kong’s Restaurant Ltd v HMRC [2021] UKFTT 220 (TC) demonstrates these how principles can operate in practice.

The Tribunal’s description of the facts looks as if it came from a case study in a training manual. The business under investigation is a restaurant with a considerable takeaway business and a high proportion of cash transactions.

Furthermore, while I make no allegations of impropriety, there were a couple of indicators in the facts that might have aroused suspicion. First, the taxpayer company’s director who had dealt with the investigation declined to give evidence to the Tribunal. In the words of the Tribunal: “There was no evidence before us as to the reason for this omission, and we infer it was feared that his evidence, when tested in cross examination, might not assist the Appellant’s case.” Second, very shortly after HMRC’s second visit to the premises, the company ceased trading, only for it to be recommenced by another company albeit essentially under the same management.

Furthermore, the Tribunal notes that one of HMRC’s witnesses tried to introduce late evidence “about previous events involving [the director of the company]”. However, as this evidence had come without warning to the taxpayer, the Tribunal refused to admit that new evidence on the grounds of procedural fairness. Again, one can only speculate as to contents of that excluded evidence.

Visits to the premises

HMRC conducted two visits to the premises, both late on a Friday evening.

It is noteworthy that both of these visits took place on the last Friday of the respective calendar months. I do not know whether that is a coincidence or whether those days were chosen as many workers are typically paid at around that time of the month and therefore are more likely to visit restaurants than on other days.

Furthermore, given that the restaurant specialised in Chinese food it is relevant that the first visit took place on the eve of the Chinese new year, again another occasion which might give rise to better than usual trading activity.

At the first visit, the HMRC officers were presented with meal slips indicating total sales of £1,817. The till and credit card system suggested that the day’s sales amounted to £2,053. My instinctive reaction was that the differences could be largely explained by tips, a cash float or a combination of the two. However, the Tribunal’s role is not to speculate on such matters and it merely commented that: “No explanation appears to have been sought or offered in relation to these differences.” Furthermore, this was not a case where the evidence suggested that more meals were sold than were reflected in the financial records; if anything it was the opposite.

The second visit was just over five months later, where a similar exercise was undertaken. On that occasion, the cash float of £150 was taken into account and the difference between the till figures and those on the meal slips was a mere £5.70. The total recorded sales were £1,730.

HMRC obtained figures for all the Fridays in the first six months of 2017 and calculated the average turnover as £1,309. As this figure was 24% and 36% lower than the figures taken on the dates of the two inspections, HMRC took an average of 30% and decided that the company’s turnover generally was suppressed by 30%.

In parallel, HMRC started asking questions of the company’s major suppliers. There is only a limited record of the answers given. However, it appeared that on some delivery dates, one major supplier made two types of delivery to the restaurant: deliveries subject to invoice and deliveries for cash. This led to HMRC forming the view that some purchases were kept off the books so as to help disguise the suppression of turnover.

Assessments (VAT and corporation tax) were made on the basis of turnover and purchases both being suppressed by 30%. Penalties were charged on the basis of deliberate and concealed behaviour, amounting to 90% of the tax calculated as under-assessed.

The Tribunal’s findings of fact

The Tribunal first addressed the cash deliveries. It had been argued on behalf of the company that this related to personal purchases for the staff and their friends.

Although the Tribunal considered this to explain some of the purchases, it largely rejected the explanation. As the Tribunal concluded: “There is clearly sufficient here to make the objective reader suspicious, and to require further investigation.”

However, as the Tribunal lamented, no such further investigation was carried out because HMRC had already formed the view that sales had been suppressed and the existence of these cash purchases was sufficient to corroborate the view already reached. The Tribunal even went so far as to suggest what further steps HMRC should have taken to quantify the apparent irregularities regarding the purchases.

HMRC also relied upon the frequency of cancellations on the till. However, here the Tribunal was more sympathetic towards the company. The Tribunal accepted that the system was not straightforward and it was hard to operate, particularly with casual staff working under pressure. More importantly, even if every cancelled transaction represented a suppressed sale, that would account for only one-third of the alleged suppression.

The principal arguments focused on the application of the best judgment rule.

Indeed, the Tribunal noted that to argue that an assessment has not been made to best judgment is not easy to sustain.

Nevertheless, the Tribunal took the view that an assessment cannot be justified if it is based on “entirely unsustainable assumptions” (even if the underlying arithmetic is sound and understandable and even if the taxpayer’s explanations have been factored in).

Furthermore, the Tribunal considered that this was one of those rare cases where HMRC could not properly justify the approach they had taken.

Essentially, HMRC had identified two days where the receipts were better than average. There was nothing in the evidence before the Tribunal to show that this was not attributable to “simple random fluctuation”.

It is of course possible that the company fully complied with its tax and accounting obligations and did not merit any attention from HMRC.

However, the inference I draw from the decision is that this was a case where HMRC’s concern was warranted and the case should have provided HMRC with an easy win. As a result, it appears that the company was the beneficiary of HMRC’s sloppy work and a misplaced reliance on the principle that it is for taxpayers to disprove the assessments.

Every assessment needs to have some factual foundation. As this case shows, just playing with the numbers is not enough.

Keith Gordon is a Barrister at Temple Tax Chambers