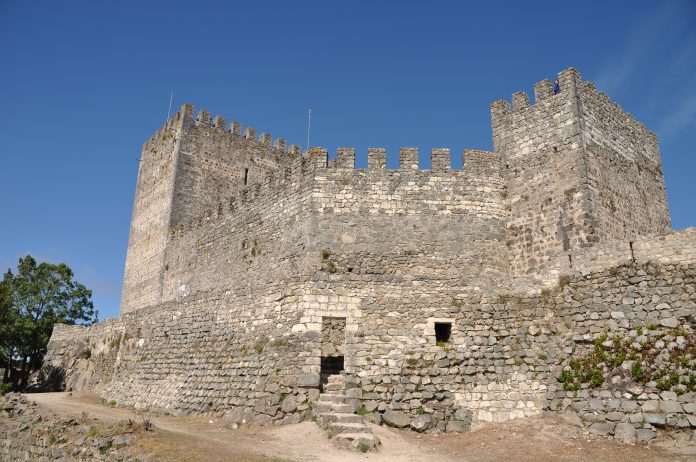 Sometimes dealing with HMRC can seem like a war, so here Gary Brothers presents a voluntary disclosure analogy…

Originating from the way in which soldiers would peer from the banks of earth or walls they built for protection against enemy ranged attacks such as slingshots and arrows, the phrase ‘putting your head above the parapet’ is popularly used when stating an unpopular or controversial opinion.

Within the realms of tax investigations, I have often heard clients say that they are putting their heads above the parapet when they make a voluntary disclosure to HMRC. Certainly, this fits the hallmarks of the idiom and it is easy to understand why a client may feel this way!
If we take a voluntary request to be entered into the Contractual Disclosure Facility (CDF) as an example:

• There is a distinct element of risk-taking involved in making such a disclosure to HMRC. Just as a soldier takes a physical risk of an arrow to the eye when raising their head above the parapet in order to get a clear view of the battlefield, so does a taxpayer take a fiscal risk when opening themselves up to HMRC’s scrutiny in an attempt to obtain clarity over their tax circumstances.

By volunteering oneself to HMRC as having made a deliberate error you will no doubt feel that you have taken a choice – a risk-based choice. You have admitted your error and your behavior, where you could have stayed behind the parapet, hoping that none of the speculatively shot arrows fired by HMRC find you.

Your admission will result in you paying the tax, interest and penalties due; while if you took the risk of not volunteering the information to HMRC there is a chance that you may never have been caught and never had to pay what was owed.

• You are by the very nature of making a voluntary disclosure marking yourself open for criticism by HMRC. You are telling them of a transgression that will have resulted in a tax loss to the treasury and as HMRC are so fond of telling us in their correspondence, 99.99% (or thereabouts) of taxpayers pay the right amount at the right time.

You are effectively signaling to HMRC that you are one of the small minority of people who did not conform to the tax system, due to your deliberate behavior. You’re laying yourself out in the open, where HMRC have you in their sights.

What then are the advantages of making such a disclosure to HMRC without their prompting you to do so?

By making your disclosure to HMRC before they come knocking at your door (or parapet…) you will put yourself into a category of tax-geared penalties that will be lower than if HMRC prompt your disclosure.

For instance, looking at the table below, if your disclosure was the result of your ‘deliberate’ (but not concealed) behaviour, telling HMRC before you are prompted could save you 15% of the tax due as a penalty. If the tax due was say £100,000 then the penalty would be £20,000 rather than £35,000 – almost halving the penalty element that is ultimately payable.

The human response from HMRC

As a former HMRC fraud investigator myself I can assure you that most, if not all HMRC investigators are in fact human. I know, it’s a strange revelation! What this means for you is that while they are all trained to leave personal feelings behind and act consistently across all cases, there is inevitably a human aspect that comes into play when working cases on a day-to-day basis.

When dealing with someone who has come forward of their own free will, HMRC’s investigators are more likely to consider you (perhaps subconsciously) to be more of an ally who is willing to put things right, rather than perceiving you as an unscrupulous rogue with whom they are fighting tooth and nail in order to come to the correct amount of tax due. This allows a relationship to be forged from the beginning and smooths the investigation process significantly.

HMRC are continually developing more sophisticated ammunition with which to bombard your defenses. We have seen this in a variety of methods, from projects aimed at specific trades to increasing the number of people who are offered disclosure facilities such as CDF. HMRC are putting more of their budget into tax compliance as they are increasingly aware that this area of work produces impressive monetary results for the treasury.

Where previously your parapet may have offered ample protection from the assault of HMRC, the cutting-edge risking tools and extensive research data that HMRC have access to means that there is much less of a likelihood that you will be able to go undetected from HMRC in the future.

For a great deal of the voluntary disclosures that I have witnessed as both an HMRC investigator and a tax practitioner, I cannot underplay the significance of the effect that the disclosure has on the mental health of the individual involved.

While discussing the outline of a client’s disclosure, I have visibly noticed a weight lift from their shoulders as they take a professional into their confidence. For many, this is the end of years of keeping their actions secret and the liberating feeling this brings can be overwhelming.
While a problem shared isn’t always necessarily a problem halved, the start of a journey that will lead to clarity of your tax affairs with nothing left to hide and worry over is a therapeutic one.

Taking the “head above the parapet” tax analogy one step further, we and our clients see Independent Tax as a shield to defend against HMRC’s arrows.

Our clients come to us feeling vulnerable when faced with HMRC’s far-reaching powers and I am happy to say that we at Independent Tax have a proven track record of protecting our clients’ best interests against what are at times over-zealous attacks.
By engaging a tax specialist who has experience in handling HMRC investigations in many forms, you can be sure that the process with be handled in a proportionate manner and that your rights are protected.