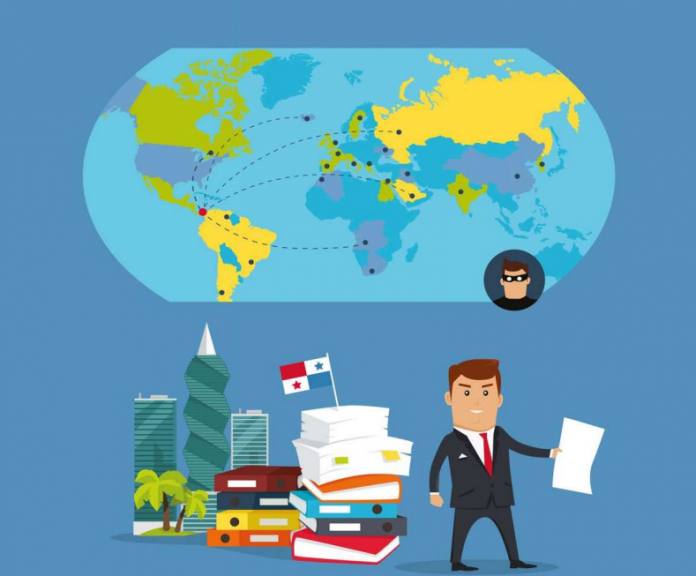 In the first of a two-part series, John Binns explains the complex nature of money laundering investigations.

The discovery of a suspected money laundering offence under the Proceeds of Crime Act 2002 (POCA) will often arise from the context of an investigation into its ‘predicate offence’ (the crime that has generated the proceeds).

For example, where a suspect is investigated for bribery, fraud or tax evasion (or even, theoretically at least, more minor offences such as burglary or shoplifting), a perusal of their bank accounts or a search of their home may give rise to evidence of laundering, by themselves or by someone else (perhaps a family member or a business associate).

The level of complexity and sophistication involved in the suspected laundering will vary hugely from one scenario to another, but in most cases the investigation of it will continue to run alongside that of the suspected predicate offence.

In a minority of cases, however, the suspected laundering will be the subject of a separate investigation. At the risk of oversimplifying, these cases will typically fall into one of two categories.

The first category is where there is no criminal investigation in this jurisdiction into the suspected predicate offence.

This may be because the person suspected of that offence is deceased, or absent from the jurisdiction (and either there is no realistic prospect of their return, or the predicate offence is being dealt with satisfactorily by authorities overseas).

Equally, however, it may be because there is insufficient evidence (at least at the outset) to pursue any predicate offence, and it is the circumstances of the laundering itself that are the core of the investigation.

The second, and rarer, category of separate money laundering investigation is where one or more predicate offences are being investigated, but the nature of the suspected laundering, or the person or entity carrying it out, is such that the case naturally warrants separate scrutiny.
An example of this would be where professional laundering activity is carried out, under the guise perhaps of a money services business, and may be the handling the proceeds of several offences for several predicate offenders.

Where it is less clear that deliberate laundering (in other words, with knowledge) has taken place, and the issues are more about a failure to apply appropriate checks under the regulations or to make required disclosures under POCA, this may be more the province (initially at least) of the appropriate supervising agency (such as the Financial Conduct Authority or HM Revenue and Customs).

The potential sources from which an investigator may learn of a suspected money laundering offence will of course include (as for other offences) complainants, other informants, and proactive research, as well as information or requests for assistance from authorities overseas.

But for money laundering offences in particular, another vast potential source of information is the regime established by Part 7 of POCA and the money laundering regulations, by which banks and other regulated-sector entities are obliged to disclose suspicions that laundering has taken place, and the related scheme under POCA by which they and others can request consent to handle funds or other assets, to provide them with a defence against money laundering allegations that may be made against them.

In the years that the regime has been operating so far, the volume of reports has become so vast that the infrastructure to deal with them has struggled to keep up, and it seems likely that the reservoir of intelligence from which money laundering investigations could potentially arise will in many cases remain untapped.

Where evidence of money laundering comes to an investigator’s attention, their options are to some extent the same as in any criminal case. Depending on their particular role and the particular agency they work for, they may apply for warrants to search premises and seize items there, arrest and interview suspects, and consider placing them on bail (with or without conditions), under the Police and Criminal Evidence Act 1984 (PACE) or other applicable legislation. At some stage, they may put together a file to be considered for potential prosecution (although the investigation does not necessarily end there).

In the meantime, the investigator, or an accredited financial investigator (AFI) working alongside them, will want to consider the options available to them under the various parts of the POCA.

Under Part 2, they will need to consider whether they have reasonable grounds to suspect that anyone has benefited (which here means simply ‘obtained property’) as a result of or in connection with an offence, in which case, they can obtain a restraint order in respect of assets that belong to that person, or that represent a ‘tainted gift’ from that person. Ultimately, those assets may be considered ‘available’ to the person if they are convicted and ordered to pay a confiscation order.

The investigator will also need to consider the options available to him under Part 5 of POCA. This concerns civil recovery, the primary basis of which is that assets can be recovered by court order, based on the civil standard of proof and without a criminal conviction.

While the traditional route for civil recovery was proof in the High Court that the assets represent the proceeds of ‘unlawful conduct’, there is a subset of it, which takes place in the magistrates’ court, where cash, certain assets, and funds in bank and building society accounts can be forfeited either on that basis, or because they can be shown to be ‘intended for use’ in unlawful conduct. (Confusingly perhaps, the courts have held that this can cover cases where cash is intended for use in money laundering.)

This may be significant in a money laundering investigation where cash, funds or other assets are identified but the authorities do not (yet) have either a reasonable basis to suspect their owner, or a good enough case about their origin to persuade the High Court to freeze them.
There is an obligation to specify at least a category (or categories) of offences (of which the assets are said to represent the proceeds), although it seems the courts will accept ‘money laundering’ as such a category (even without specificity about the alleged predicate conduct).

The boundaries of the civil recovery regime are also now extended by the availability of unexplained wealth orders (UWOs), which are designed to trigger a presumption that assets are recoverable where the holder of them does not respond to an order to explain (in broad terms) how he acquired his interest in them.

In practice, the availability of these orders provides a further option in a money laundering investigation, provided various criteria are met: the assets in question must be worth at least £50,000, and the holder of them must either be:

a. a politically exposed person (someone who is or has been entrusted with a prominent public function by an international organisation or a state, in this context excluding the UK or another EEA state, or a family member or close associate of such a person);
b.reasonably suspected of involvement in serious crime in the UK or abroad;
or
c. (in each case) connected with someone in that category.

While a statement made by someone in response to a UWO cannot generally be used in proceedings against them, it may provide valuable intelligence against him or others involved in a money laundering investigation.

The National Crime Agency (NCA) also has powers under Part 6 of POCA to step into the shoes and adopt the functions of the tax authorities in respect of persons suspected of crime. This may be appropriate where a suspect in a money laundering investigation has substantial assets that may represent the benefit of either lawful or unlawful trading, there is the potential to recover significant assets from him via the tax system, and the expertise of the NCA may increase that potential.

Where the trigger for an investigation is a consent request under Part 7 of POCA, for example from a bank that has suspicions about funds in a customer’s account, the investigator will also need to consider the statutory timescales within which consent will be deemed granted. A refusal within seven working days will trigger a moratorium period of a further 31 calendar days, which is designed to allow the investigator time to consider and apply for orders to restrain or freeze the assets where appropriate.

The investigator may apply for extensions of that period if he can show that his investigation is proceeding diligently and expeditiously and that more time is needed. In practice, banks and others may be cautious about dealing with assets they regard as suspicious even where they have deemed consent to do so. They may be prepared to assist investigators by blocking access to the assets for longer periods.

Various powers are available to various investigators under Part 8 of POCA in the context of criminal money laundering investigations (as well as in other related contexts such as confiscation, civil recovery, and detained cash). Very broadly speaking, they can apply to the courts for:

a. production orders, against persons that hold relevant material;
b. warrants, to search premises and to seize items found there (either where production orders have not been complied with, or otherwise);
c. disclosure orders, to enable notices to oblige persons to provide relevant information; and
d. orders against financial institutions to provide information about their customers, or about ongoing activity on their accounts.