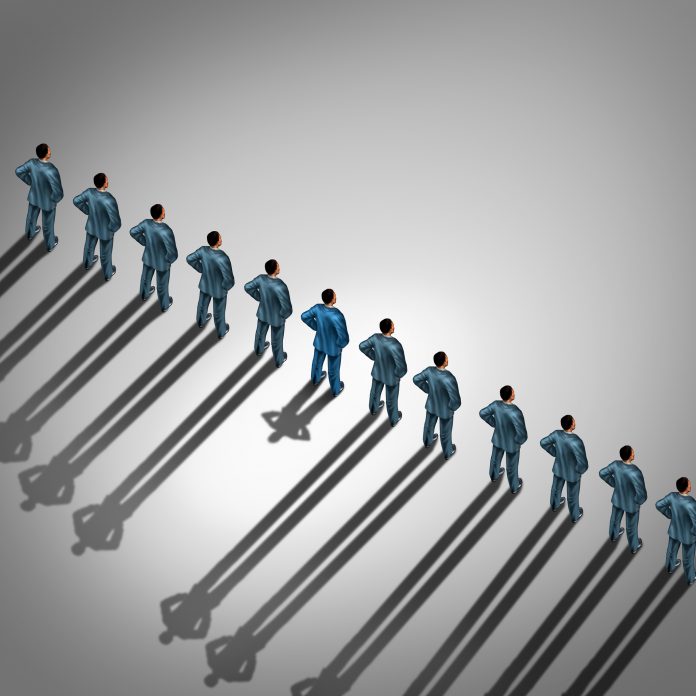 With the Joint Liability Notice, the taxman has added a powerful weapon to his armoury. David Lewis and Haris Rehman explain what a JLN is and how it has come about.

Although a cornerstone of the modern commercial world, HMRC has always experienced operational difficulties with entities such as companies that enjoy the benefit of limited liability.

To overcome this, in the past few years HMRC has attempted to introduce measures to “pierce the corporate veil” – that is the “veil” that shields shareholders from personal responsibility for the debts of the businesses they own.

A good example of this approach is the introduction of the ‘Senior Accounting Officer’ (SAO) provisions, which operate to pin personal responsibility onto a specific identifiable senior executive in a large corporate for the tax obligations of the company for which he or she might work. The SAO has to sign an annual certificate to say whether the company does or does not have systems and processes in place to deliver the right tax result. If he or she fails to submit a certificate, or submits a certificate that proves to be incorrect, then he/she is personally liable to a hefty penalty.

Another example is the ability to force company directors to make a payment of a personal security – effectively a payment upfront on account of potential tax liabilities – in any situation where HMRC has grounds to suspect that the company might fail to pay its liabilities.

Formerly only limited to VAT, these have recently been extended to include PAYE and NIC and other corporate liabilities. In addition to these, there has also been the part restoration of preferential creditor status for some tax regimes from 1 December 2020.

The latest policy initiative in this area is the Joint Liability Notice (JLN), now legislated at Schedule 13 of Finance Act 2020.

The overall intention is to redress the persistent HMRC complaint that, if and when a company becomes insolvent, the tax authority is often left holding the baby of the vast bulk of unsecured debt.

Tax officials often complain that, compared with normal creditors, HMRC is in a uniquely disadvantaged position.

They point out that there is often a considerable period between the time that a transaction occurs and the associated time that the tax charge relating to that transaction becomes payable, particularly after an enquiry or, in a case of dispute, when the litigation process has been completed.

Moreover, they complain that, unlike trade creditors or service providers, HMRC has no wider leverage to threaten to cut off key services or supplies until outstanding liabilities are paid. Of course, this rather ignores the fact that VAT on sales can be payable to HMRC before the trader is actually paid by his/her customer, but HMRC can see these things from something of a distorted viewpoint.

Circumstances in which the JLN can be used

The new provisions, effective for tax periods that ended after 22 July 2020, allow HMRC to issue a notice that creates shared responsibility tax liabilities between the company and the director, shareholder or equivalent (i.e. those individuals who have a ‘relevant connection’). Where the company no longer exists, the liability transfers to the individual entirely.

The potential for enhanced personal exposure for individuals acting as directors or officers of a company are clear. We now look at each of these scenarios in more detail.

The consultation papers preceding the draft clauses made clear what HMRC had in mind. Practitioners themselves will be all too aware of the proliferation of Disguised Remuneration schemes, where individual taxpayers have used bankruptcy as a mechanism to escape

tax liabilities arising from their participation in schemes that were (at least in the eyes of HMRC) doomed to fail. The position would be exacerbated where individuals had been involved in behaviour that was more clearly evasion from the outset, such as where a company as an employer failed to operate PAYE – or did operate PAYE but never paid the tax and NIC to HMRC.

There are five conditions for the valid issue of a notice, as follows:

a. The company has entered into tax avoidance arrangements or tax evasion.
b. The company is subject to an insolvency procedure or there is a “serious possibility” that it will do so.
c. The individual was responsible for the conduct under condition A or has received a benefit arising from those arrangements and was a director/ shadow director or participator in the company.
d. There is or likely to be a liability referable to the conduct under condition A.
e. There is a “serious possibility” that the tax liability under Condition D will not be paid.

The definitions of tax avoidance arrangements are those that will be widely recognised for the purposes of direct tax, particularly to include those that fall within DOTAS (Disclosure Of Tax Avoidance Schemes) which have now been in operation for over a decade.

What does this mean in practice for HMRC?

Interestingly, the definition of tax evasion primarily relies upon the well-established failures to comply with tax obligations, such as inaccurate returns, failures to notify chargeability and failure to make tax returns on time.

However, there is an additional challenge for HMRC in that each failure must be the result of “deliberate” behaviour. Although the civil standard of proof applies, the threshold for HMRC can still be difficult to meet in practice since HMRC needs to demonstrate that the taxpayer had conscious knowledge and intention towards the loss of tax, rather than it being due to a lack of reasonable care.

Despite HMRC commitments to provide further clarity in guidance, the provisions themselves contain a number of features that seem ripe for debate, challenge and probably litigation in the future. One such obvious example seems to be the inclusion of the phrase “serious possibility”. One can only speculate as to when a mere possibility becomes sufficiently likely that it becomes a “serious” possibility. No doubt we can expect this terminology to be the subject of many learned debates in the Tribunals and courts for many years to come.

Where a JLN is issued by HMRC, the insolvent company and those individuals with a relevant connection are made jointly and severally liable for the company’s tax liabilities and penalties. A relevant connection for circumstance 1 above (tax avoidance and evasion) relates to an individual who had some direct involvement in the tax avoidance or evasion concerned, such as facilitating, implementing or benefitting from the arrangement.

However, in the case of phoenixism, there is no need to demonstrate actual involvement. In fact, an individual can have a relevant connection and so be jointly and severally liable if they have merely been a director, shadow director or participator of the old company or companies and director, shadow director, participator or involved in the management of the new company or companies in question, within the previous five years.

The legislation states that a JLN may not be issued after the end of the period of two years beginning with the day on which HMRC first became aware of facts sufficient for them reasonably to conclude that conditions A to D are met.

The four conditions for a valid notice to be issued when dealing with phoenixism are as follows:

Condition C is that the individual has had a relevant connection with the new company at any time during the fiveyear period.
Condition D is that at the time when the notice is given
a. At least one of the old companies has a tax liability, and
b. The total amount of the tax liabilities of those companies
i. Is more than £10,000, and
ii. Is more than 50% of the total amount of those companies’ liabilities to their unsecured creditors.

A penalty has been issued for facilitating avoidance or evasion

An authorised HMRC officer may issue a joint liability notice to an individual where a penalty has been imposed for facilitating avoidance or evasion if it appears to the officer that these four conditions are met:

Condition A is that a penalty under any of the specified provisions has been imposed on a company by HMRC, or proceedings have been commenced before the First – Tier Tribunal for a penalty under any of those provisions to be imposed on a company.
Condition B is that the company is subject to an insolvency procedure, or there is a serious possibility of the company becoming subject to an insolvency procedure.

Condition C is that the individual was a director or shadow director of the company, or a participator in it, at the time of any act or omission in respect of which the penalty was imposed or the proceedings for the penalty were commenced.

Condition D is that there is a serious possibility that some or all of the penalty will not be paid.

What is the potential impact on clients?

As HMRC prepare to use these new powers, there will no doubt be a transitional period where caseworkers get used to implementing them – and no doubt mistakes will be made and mis-steps will be taken. Therefore, practitioners need to be keenly aware of the statutory safeguards available to their clients. Firstly, taxpayers served the notice can ask within 30 days for an internal review of the decision to issue the JLN.

Alternatively or additionally, taxpayers still have the right to appeal the issue to the independent First Tier Tribunal, either on the grounds that the conditions have not been met or that the notice is not necessary for the protection of the revenue. The tribunal can also set aside the notice, or vary an amount specified if it appears to the tribunal that the amount specified is incorrect. If none of the aforementioned grounds are met then the tribunal must uphold the notice.

Bearing in mind the considerable powers conferred by these new provisions and the wide range of circumstances where HMRC apparently intends to use them, we can expect practitioners to be confronted with these notices frequently in the future. As we said at the start, HMRC have long been frustrated by the limited liability protection afforded by the corporate structure to what they see as the misbehaviour of company directors.

Having been provided with a weapon to overcome that protection, it is only to be expected that they will be keen to use it wherever possible.

David Lewis is a Senior Manager in Mazars Tax Investigations Team. He can be contacted on 07880 059372 or david.lewis@mazars.co.uk.

Haris Rehman is a Manager in Mazars Tax Investigations. Haris can be contacted on 073 9939 9976 or haris.rehman@mazars.co.uk.