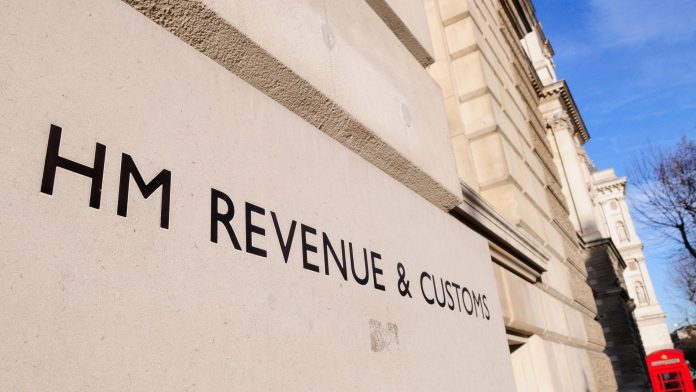 In my role as a tax investigations adviser, I see the full range of clients, those who took reasonable care or were mis-advised, those who made mistakes and those (the minority) who committed fraud. People who took part in tax avoidance arrangements fall into the first of these categories; they were advised that the arrangements they were going into had HMRC approval.

London Tax Network Ltd recently gave evidence, in the form of case studies, to the House of Lords Economic Affairs Finance Bill Sub-committee on the implementation of the Loan Charge. Our evidence was quoted a number of times in a letter written by the Sub-committee to the Financial Secretary, which highlights areas where HMRC can improve. One case we consider requires further scrutiny revolves around HMRC’s review of a particular structure in 2012.

In 2012, HMRC conducted a detailed review of a set of arrangements created and established by a chartered accountant. Having directed a series of queries to the promoter, the responses received resulted in HMRC’s Anti Avoidance Group (AAG) writing back stating it was “able to agree that this Hallmark does not apply and as a result the arrangements are not disclosable [under DOTAS]” on tax returns to HMRC.
I have seen the letter dated 20 June 2012 from the HMRC Anti Avoidance Group (Intelligence) to a client’s former representative, and a few things can be clearly inferred from its content:

HMRC was aware of the arrangements;

HMRC had reviewed the arrangements and in sufficient detail to have asked relevant questions;

Contrary to all HMRC’s marketing against avoidance schemes, the department could be said to have approved this one;

HMRC effectively confirmed the Chartered Accountant’s claim that at the time, the arrangement “complies with UK tax legislation”;

Despite having reviewed the arrangements in 2012, HMRC did not notify affected taxpayers of any concerns, e.g. that the arrangements did not work and additional taxes could be due. This is a direct contradiction to HMRC’s rhetoric to date “HMRC has never approved these schemes and has always said they don’t work”(1).

The client carried out due diligence on the arrangements at the outset and based his decision to continue using them on the written reassurance from HMRC (albeit the letter was not addressed to him directly).

Some 18 months later, in December 2013, HMRC raised an enquiry into the individual’s 2011/12 personal tax return – specifically his use of the arrangements discussed above – and the client immediately withdrew from them.

There is a technical difference between whether arrangements should be disclosed and whether they are acceptable from a tax law perspective.

Clearly, HMRC were aware of the scheme in 2012. The department made enquiries, received responses and confirmed the scheme was not disclosable. Why did HMRC not point out in 2012 that the arrangements were artificial and would not be accepted in future?

Either HMRC simply looked to respond to the question it was set and looked no further, a terrible ‘customer service’, or, much more likely, the officers didn’t know that in the future, the arrangements would be deemed artificial.

With regard to the first reason, tax advisers who simply respond to the question set without looking further would almost certainly end up facing professional negligence claims and out of business. With regard to the second; if HMRC did not know the arrangements were artificial at that point, how could the taxpayer?!

Further, with HMRC having advised the scheme was neither disclosable nor defective, is it then “fair” to have as part of the Loan Charge protections, that “where a reasonable disclosure of the use of the tax avoidance scheme was made to HMRC and HMRC did not take action”, the taxpayer is not subject to the Loan Charge. In this case it was HMRC who confirmed that the scheme was not disclosable and then waited 18 months before taking any action. Further tax liabilities accrued in the 18 months and these arose as a direct consequence of HMRC’s letter.

The client wrote to HMRC in July 2019, with various queries relating to the arrangements. They did not receive a response and wrote again on 25 September 2019. The letter was sent by tracked delivery and received by HMRC on 28 September 2019. HMRC finally responded (by email) on 10 September 2020 – it took HMRC nearly a full year to provide only a brief initial response.

In the email response, the HMRC Inspector advised that, due to time constraints and the approaching settlement deadline, his “full response will not be pulled together until after the 30 September 2020”. To date (February 2021), a “full response” has not yet been received. Suffice to say, this level of customer service is not good enough. For an issue as contentious, sensitive and life changing as the Loan Charge, a one-year response time shows, at the very least, a lack of respect for those affected.

Again, I have had sight of the September 2020 email from HMRC and there are certain areas worth highlighting:

Regardless of interpretation, HMRC appears to be doing exactly what the taxpayers did; relying on the documentation provided to determine the workings of the arrangements. Yet when it comes to whether the arrangements are aggressive avoidance, HMRC suggest that taxpayers should have looked beyond the information they were given. There is a definite mismatch as to the standard of knowledge HMRC hold taxpayers to and what they demonstrate themselves.

Referring to the June 2012 letter where the AAG confirmed the arrangements were not disclosable, the HMRC Inspector replied “I note the AAG letter re the hallmarks, and can only comment that, after a discussion with this team, we both agree that this letter is incorrect”. My client relied on a letter from HMRC confirming the arrangements were not disclosable. Now that HMRC has simply changed its mind, he is caught by the Loan Charge. HMRC has not, to my knowledge or that of the client, asserted that any information they were given in relation to the arrangements was incorrect or inaccurate.

The client did not rely on HMRC technical guidance pertaining to a similar situation, nor was he relying on a clearance from HMRC based on a version of the facts that changed on implementation. The June 2012 statement from HMRC’s Anti Avoidance Group was based on the exact arrangements the client undertook. Case law says that if a person has relied on HMRC’s guidance and can show they lost out as a result of that guidance, the tax treatment applied by the guidance stands, even if it is incorrect.

Further, we are unable to find another example of where one party would be held liable for another party’s admitted error.

In this case, the client stands to suffer not only significant financial loss as a direct result of relying on the 2012 letter from HMRC, but also mental and long-term emotional distress. In April 2019 the client said the Loan Charge “will destroy my quality of life and that of my family…

It has already caused me to suffer extreme stress, and is causing huge anxiety for my family. If the Government ploughs on with this retrospective legislation, it will be responsible for devastating the lives of families across generations.”(2) The client has since had to take stress-related early retirement and has been plagued by a series of health issues, in no small part due to continued uncertainty regarding his tax affairs.

Stephen Metcalfe, MP for South Basildon and East Thurrock, has been lobbying HMRC in relation to this case for a number of months. His view in April 2019 was that HMRC had a responsibility to advise users of the scheme that it did not work: “under HMRC’s duty of care and due diligence, it had plenty of opportunity to inform my constituent that things had changed and that the particular arrangement that he had entered into would be liable to taxation. HMRC completely failed to notify my constituent that anything was amiss.”(3). He further noted in February 2021 that “HMRC should be held to account for the information and reassurance they gave”.

HMRC clearly reviewed the arrangements in 2012 and advised in writing they were not disclosable; how many other arrangements were dealt with in the same way? And how many other individuals are either unaware of HMRC’s letter or unable to afford justice? At the extreme end of the scale, I suggest a full investigation into the reviews HMRC undertook around the early-2010s to see how many of these letters were sent out and that the affected individuals be compensated accordingly. It is no less than what HMRC is expecting of individuals, by having the Loan Charge look back to 2010.

This is an example of a litany of errors and delays by HMRC and in no court of law would a victim be required to pay compensation to the perpetrator. In this case, HMRC wrote that the arrangements were not disclosable and eight years later admitted it was wrong to have done so. HMRC has taken no responsibility for how its advice nor how its own error (and admittance of such) has significantly impacted people’s lives.

HMRC needs to take responsibility for training its staff and ensuring its advice can be relied upon.

HMRC must be held accountable for its advice. After all, if the Government is above the law, then what is the value of British justice?

Mala Kapacee specialises in preparation of disclosures to HMRC and resolution of tax enquiries, and is a well-known tax author. Email mala@londontaxnetwork.co.uk.

Disclaimer: The information contained in this publication is for general guidance only. You should neither act, nor refrain from acting, on the basis of any such information. Professional advice should be taken based on particular circumstances, as the application of laws and regulations will vary.

Please be aware that laws and regulations are also subject to frequent change. While every effort has been made to ensure that the information contained in this publication is correct, neither the author nor his firm shall be liable in damages (including, without limitation, damages for loss of business or loss of profits) arising in contract, tort or otherwise from any information contained in it, or from any action or decision taken as a result of using any such information.