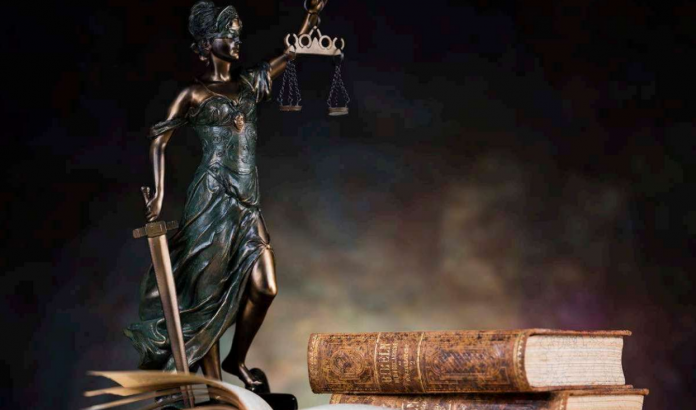 Rachel Clark looks at a case where it was established that a law firm had no duty to investigate client’s struck-off solicitor agent.

The recent case of Lennon v Englefield and others [2021] EWHC 1473 (QB) highlights an important limitation to the impact of the UK anti-money laundering regime.

Sitting in the High Court, His Honour Judge Gosnell held that the customer due diligence checks (CDD) imposed under Money Laundering Regulations 2007 (MLR 2007) were aimed at preventing fraud and protecting the general public, and could not be relied on in a civil claim brought by a client against her own solicitors.

The case was brought by the first claimant, Michelle Lennon, against the solicitors’ firm, representatives of a late partner at that firm and the individual solicitor (the third through fifth defendants, the ‘solicitors’) who had represented her in a conveyancing transaction relating to a property belonging to her deceased father, and in which her mother (the second claimant) had a beneficial interest.

She had settled her claim against Mr Englefield (the first defendant) who had acted as an agent for her through his company (the second defendant).

The first claimant had thought that Mr Englefield was a solicitor. In fact, he was struck off in 1991 for stealing £900,000 from his firm’s client account.

However, he was chosen as agent by the first claimant and her mother, oblivious to this history. He liaised with the solicitors on their behalf. The first claimant also signed for all the closure monies to be paid into his firm’s account. The bulk of those monies were never seen again, having been purportedly funnelled into a joint venture in Guatemala by Mr Englefield.

The solicitors never met the first claimant or her mother in person.

Despite requesting identity documents from them, these were never provided.

Nor had the solicitors realised that the first claimant’s mother held a beneficial interest in the property. They never completed any checks on Mr Englefield or his company. It was obvious that he was not a solicitor, from his own letterhead, but they did not see fit to advise the first claimant of the risks of allowing the completion monies to be held in his account.

Multiple arguments were raised (including under the Solicitors Regulation Authority Code of Conduct).

This article focuses on those raised pursuant to the anti-money laundering regulations then in force, which were MLR 2007.

Importantly, both parties accepted that a breach of the MLR 2007 did not create a right of action per se. Instead, it was argued that the breaches were background features which should be factored into the equation when determining whether solicitors acting for vendors had behaved negligently.

The Court dismissed the claim. His Honour Judge Gosnell carefully reviewed the solicitor’s duty of care. The test is defined as “what the reasonably competent practitioner would do having regard to the standards normally adopted in his profession… the duty is directly related to the confines of the retainer”, per Midland Bank v Hett Stubbs and Kemp [1979] I Ch 384. This includes advice which is “reasonably incidental to the work that he/she is carrying out” per Minkin v Landsberg (trading as Barnet Family Law) [2016] 1 WLR.

Interestingly, the Court found that this did not extend to warning the first claimant that Mr Englefield’s firm’s account was unlikely to have the same security as a solicitor’s client account; where the solicitor was given clear instructions where to send the proceeds of sale, it was not part of their retainer to proffer advice about the commercial wisdom of that step.

Nor did the failure to carry out identity checks under MLR 2007 give rise to a distinct cause of action: “It is difficult to see how a provision aimed at preventing fraud by investigating a client’s identity and funding arrangements can in any way be relied on by the client against her own solicitor where those checks are overlooked.” The provisions were “intended to protect the general public, not clients of solicitors”. In any event, even if CDD had been conducted properly in this case, the information would not have had any bearing on the transaction. It would have continued in the same way, because it was the claimants, and not Mr Englefield, who would have been the subject of the checks.

This decision highlights MLR 2007 as a tool of the State, for the State. Its purpose was to aid the State in fighting fraud (and to alert the authorities to any signs of money laundering), and it was not designed to be used as a sword by individuals in civil proceedings.

However, the precedent set by this decision may be limited. MLR 2007 has since been replaced by the Money Laundering, Terrorist Financing and Transfer of Funds (Information on the Payer) Regulations 2017, as amended (MLR 2017), which includes a specific requirement to conduct CDD on agents/intermediaries. Regulation 28(10) MLR 2017 is explicit that where a person purports to act on behalf of a customer, CDD must be undertaken on that agent, not just to verify that they are authorised to act on the customer’s behalf, but also to identify them and verify their identity. Whether it is possible for this provision to be interpreted as giving rise to a duty between those in the regulated sector and their clients remains to be seen. In the light of the decision in Lennon, this seems most unlikely.

In any event, going forward, individuals who wish to be advised as to the wisdom of their choice of agent, would do well to set this out expressly in their instructions.

Further, whilst Lennon highlights the need for the authorities to enforce breaches of the regulations, individuals should not be shy to draw breaches to the attention of the prosecuting authorities, as well as the regulators of those involved — thus ensuring that those who fail to comply are able to be held to account. On any view, the failure of a solicitor to abide by anti-money laundering regulations will undermine the solicitor’s credibility in any negligence claim which a disaffected client may bring.

This article first appeared in the ‘BrightLine Law Bulletin’ (https://brightlinelaw.co.uk)