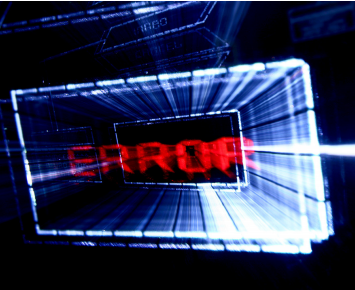 Mark McLaughlin looks at penalties for errors in tax returns, etc. attributable to someone other than the taxpayer, and possible future sanctions against tax advisers.

Tax practitioners are coming under increasing scrutiny. The government’s crackdown on tax avoidance and ‘unacceptable tax planning’ in recent years has resulted in many disgruntled taxpayers pointing the finger of blame at their tax advisers for not having given them an adequate ‘health warning’ after undertaking failed tax planning arrangements.

HMRC take a dim view and increasingly counteractive approach against tax practitioners who fail to meet HMRC’s expectations of behaviour. In some cases, HMRC may consider serious sanctions against the practitioner. For example:

• In extreme cases (i.e. normally when a criminal prosecution has taken place) HMRC might refuse to deal with a practitioner;

• The promoters of tax avoidance schemes legislation, which allows HMRC to deal with promoters by firstly issuing a conduct notice. If those provisions are breached, HMRC can apply to a tribunal for a monitoring notice. This means the adviser is monitored and is subject to extra reporting requirements, penalties and their name possibly being made public; and

• The use of existing criminal offences such as knowingly being involved in fraud or evasion of tax (including aiding and abetting) as well as the use of money laundering offences, if appropriate.

The government and HMRC seem keen to have more input into professional standards and the regulation of tax advisers; more on this later

In addition to these sanctions, HMRC could use the more traditional weapon of penalties for errors. The penalty regime for errors provide can apply if an error in a taxpayer’s document is attributable to another person (FA 2007, Sch 24, para 1A).

For example, where there has been an error in a taxpayer’s self-assessment return, the other person (‘T’ in the legislation) is liable to a penalty broadly if the error was attributable to T deliberately supplying false information (directly or indirectly) to, or withholding information from, the taxpayer with the intention of the return containing the inaccuracy.

The other person (T) must know that the false information (or the withholding of information) would result in the taxpayer’s return containing an error that leads to a ‘relevant inaccuracy’ such as an understated tax liability. The onus will initially be on HMRC to demonstrate that this is the case (see HMRC’s Compliance Handbook manual at CH81167).

Taxpayers might seek to blame their agents or advisers for tax return errors, etc., as a convenient escape from penalties. However, the taxpayer would need to prove that the agent deliberately caused the error. Of

course, agents are invariably anxious to ensure they are not responsible for any errors, let alone deliberate ones. HMRC acknowledges (at CH84545): “It is extremely unlikely that a tax adviser would be liable to this kind of penalty”

Even if another person can be blamed for the tax return error, it is possible for both the taxpayer and the other person to be liable to a penalty in respect of the same error (FA 2007, Sch 24, para 1A(3)), if the taxpayer does not take reasonable care to avoid the error. However, the aggregate amount of the penalties will not normally exceed 100% of the potential lost revenue (although a higher maximum may apply if the error involves an offshore matter or an offshore transfer (see FA 2007, Sch 24, para 12(4), (5)).

An estate beneficiary (as opposed to the executors of a deceased person’s estate) was held to be liable to the ‘another person’ penalty in Hutchings v Revenue and Customs [2015] UKFTT 9 (TC).

In that case, an individual (RH) made a lifetime gift to his son (CH) of funds held in an offshore account in around March 2009. RH died in October 2009. CH was a residuary beneficiary of RH’s estate. RH’s executors wrote to various members of the deceased’s family, including CH. The letter asked the family to disclose if they had received any gifts from the deceased. CH did not reply to the letter. The executors submitted an inheritance tax (IHT) return (form IHT400) in relation to the deceased’s death to HMRC, which did not refer to cash held by RH or the transfer of funds in that account to CH seven months before his death.

HMRC subsequently assessed CH to IHT on the basis that he had received a lifetime gift of the offshore funds, and issued a penalty (under FA 2007, Sch 24, para 1A) in respect of the error in the form IHT400. The First-tier Tribunal dismissed CH’s subsequent appeal. The tribunal held that the omission of the gift from the IHT400 was not the executors’ fault. The tribunal also found that the money in question was intended by RH as a gift and that CH knew the money was a gift. The tribunal held that the inaccuracy on form IHT400 return was attributable to CH; that CH withheld information from the executors; that the withholding of information was deliberate; and that CH did not answer the executors’ questions on gifts with the intention that the IHT400 return would not contain the information about the gift to him. The tribunal concluded that the prerequisites to a penalty under Sch 24, para 1A were met.

Taxpayers should always exercise due diligence when checking information from other persons in connection with the taxpayer’s tax returns, etc.

However, HMRC generally accepts that the taxpayer will have taken reasonable care to avoid a tax return inaccuracy (and so will not be liable to a penalty in addition to the other person) if it was not possible for the taxpayer to independently check that the information etc. given by the other person was correct (see CH81168 at Example 1).

In terms of tax advice generally, HMRC is concerned that anyone can set up as a tax adviser, and that there is no market-wide competence requirement or code of ethics. HMRC’s has its own standard for agents, but there is some doubt about its effectiveness.

In March 2020, HMRC published a ‘call for evidence’ on raising standards for tax advice (tinyurl.com/HMRCRSTAM), which ran until 28 August 2020. The document listed various potential approaches to raising standards and improving accountability in the tax adviser profession:

a. Better use of HMRC’s or the government’s current powers;

b. Improve rights of recourse for consumers;

The last two of these potential approaches will probably give some professional advisers cause for concern. For example:

• the approach in (e) could involve the introduction of a legal requirement for anyone who wants to provide tax advice commercially to belong to a recognised professional body.

• The approach in (f) could involve requiring anyone who wanted to provide tax advice by way of business to register with a government regulator before they could operate in the market. Agents could also be required to satisfy a ‘fit and proper’ person test (e.g. requiring the professional adviser to possess relevant qualifications, and/or not having been subject to a penalty for promoting or enabling tax avoidance).

Some advisers will no doubt feel that HMRC is far from perfect in terms of its own standards and accountability. Nevertheless, there would seem to be a real appetite by the government for the introduction of tighter controls of the tax profession. The general message would seem to be: ‘watch this space’.

• Mark McLaughlin CTA (Fellow) ATT (Fellow) TEP is a consultant with The TACS Partnership LLP (www.tacs.co.uk). He is also editor and a co-author of HMRC Investigations Handbook (Bloomsbury Professional)