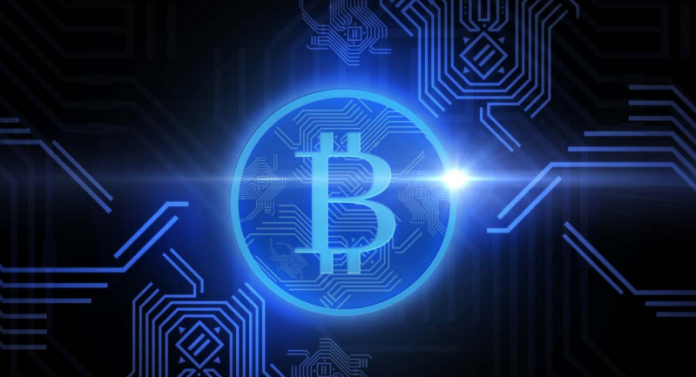 Cryptocurrencies are becoming an increasingly important part of the global financial landscape. Salman Anwar looks at the UK’s tax authority’s approach to bitcoin and the like.

The purpose of this article is to highlight the way HMRC investigates cases involving cryptocurrencies. However, first it is important to set the scene on HMRC’s views of these new assets.

Just like the world of cryptocurrencies (or ‘cryptoassets’, as HMRC prefers to call them), HMRC’s view on the taxation of these assets has evolved somewhat over the past few years. This is demonstrated by subtle contrast in wording of the following passages:

HMRC’s policy paper of 3 March 2014, titled ‘Revenue and Customs Brief 9 (2014): Bitcoin and other  cryptocurrencies’ (as can be found in the National Archives) – Whether any profit or gain is chargeable or any loss is allowable will be looked at on a case-by-case basis taking into account the specific facts. Each case will be considered on the basis of its own individual facts and circumstances. The relevant legislation and case law will be applied to determine the correct tax treatment. Therefore, depending on the facts, a transaction may be so highly speculative that it is not taxable or any losses relievable… For example gambling or betting wins are not taxable and gambling losses cannot be offset against taxable profits.

From the current Cryptoassets Manual

Despite what these ‘assets’ may be commonly known as, HMRC does not accept that cryptocurrencies are currencies. HMRC says: “Cryptoassets (also referred to as ‘tokens’ or ‘cryptocurrency’) are cryptographically secured digital representations of value or contractual rights that can be transferred, stored, traded electronically.” This is perhaps a sensible approach as the types of cryptoasset are proliferating to include, for example, non-fungible tokens (NFTs) and their uses expanding into areas such as ‘De-fi lending and staking’.

What is clear is that HMRC sees buying and selling of cryptoassets as firmly within the charge to Capital Gains Tax (CGT) and IHT (Inheritance Tax) for individuals and Corporation Tax for companies. HMRC makes it clear in its guidance that only in exceptional circumstances will HMRC accept that buying and selling of cryptoassets amounts to a trade (for tax purposes).

However, use of cryptoassets in other types of transactions does not preclude the relevant taxes from applying. For example, if you bought a house in England and paid for it using Bitcoin, the market value of Bitcoin as at the effective date of transaction will attract SDLT.

A few other general points to bear in mind – not an extensive list by any means:

So how does HMRC investigate individuals or businesses who may have bought and sold cryptoassets?

HMRC has a whole section in the Cryptoassets Manual entitled ‘Compliance’. However, only two pages are publicly available, addressing ‘Information powers’ and ‘Regulation and anti-money laundering’. The rest have been withheld under exemptions afforded by the Freedom of Information Act 2000.

The first question to ask is: how will HMRC know whether a person has held cryptoassets?

One of the fundamental principles behind the technology underlying cryptoassets is that these technologies are outside the control of central authorities and governments. This may lead to the misconception that information relating to cryptoassets can be protected from enquiring eyes. As we will see below, this is not the case.

Another avenue for HMRC to obtain information is under the Money Laundering, Terrorist Financing and Transfer of Funds Regulations 2017. These cover cryptoasset exchange providers, cryptoasset ATMs, peer-to-peer providers, issuing of new cryptoassets and custodian wallet providers. Among the requirements under these regulations is the obligation to report any suspicious transactions through Suspicious Activity Reports.

In addition to this, the banks are already obliged to submit Suspicious Activity Reports where there is a suspicion of money laundering. Given that cryptocurrencies are generally considered to be high risk, we can expect that HMRC already has a wealth of information on people who have been involved in transactions involving cryptocurrencies.

We know that HMRC has already used the above powers, an example being of one cryptocurrency exchange having been furnished with a request for names and account information for individuals with UK addresses who received more than £3,000 worth of crypto assets between 6 April 2020 and 31 December 2020.

While HMRC may have a wealth of information at its disposal, the next question, in its risk assessment process, will be whether any identified person has declared their crypto related gains or losses in the relevant tax returns. If they have included them, what is the risk of errors or under declarations? HMRC can run some basic checks on returns submitted to get the answers it needs.

What happens once HMRC has identified the risks?

HMRC can open an investigation if it deems the risk to be sufficiently high and the information to be credible. The tax potentially at stake may have a bearing on the course of action HMRC decides to take. It may, as it has over recent times, chose to issue ‘nudge letters’ as part of its one-to-many approach. These letters require the recipient to self-certify that their tax affairs are in order and gives them an opportunity to make a voluntary disclosure if not.

The author cannot stress enough that advice must be sought before taking any action on receipt of a nudge letter, especially where additional tax may be due.

Turning back to HMRC choosing to investigate a person. It can do so:

In the more serious cases, where HMRC suspects that cryptoassets represent recoverable property (i.e. property obtained through unlawful conduct) or that is it intended to be used in unlawful conduct, then it can apply to have the assets frozen under the powers available to it in the Proceeds of Crime Act 2002 (POCA). It can also apply for seizure or forfeiture of the assets.

It has been reported that HMRC has already identified £428,000 in tax it believes was underpaid by wealthy individuals on cryptocurrency investments in 2020 (a jump of 202% on the prior year).

The practical considerations for anyone handling a civil investigation involving crypto transactions include, to name just a few:

Whether the taxpayer has submitted returns in the relevant years OR if their offence is that of failing to notify chargeability to tax, will have a large bearing on how many years are potentially assessable.

As with all main forms of investigations by HMRC, it will be very interested in establishing the behaviour behind any errors or omissions in order to determine the assessable periods and to apply the appropriate penalties in addition to the tax and interest that may be due. Given the jurisdictionally fluid nature of the crypto world, it will be important to establish whether there are any offshore elements to any errors that need to be rectified, as this can increase the number of years which HMRC can assess and the penalties for these types of matters are generally considerably higher.

Where HMRC decides to use its powers under POCA, expert legal advice must be sought early on in the investigation.

Salman Anwar is an Associate Director in BDO’s Tax Dispute Resolution team. He is an ex-tax inspector having worked in HMRC’s Fraud Investigation Service. Salman can be contacted on 073 9444 8889 or at salman.anwar@bdo.co.uk