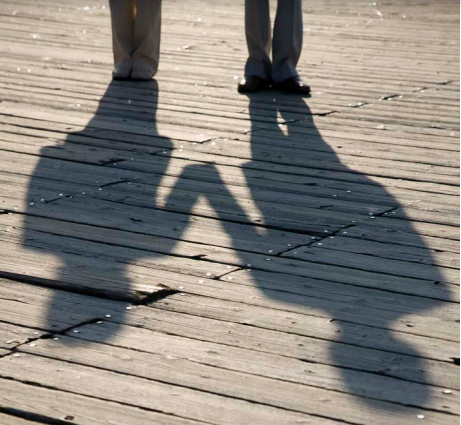 This article looks at recent developments that target the individuals behind a company (or Limited Liability Partnership, which is strictly a ‘body corporate’) – and can make them personally liable for the company’s tax debts.

HMRC used to hold preferential creditor status until Enterprise Act 2002 removed it in September 2003. Then, it was argued HMRC’s preferential status was stifling enterprise because banks, etc., were discouraged from supporting businesses that were “under pressure”, knowing HMRC could then swoop in and baggsy everything in sight.

HMRC has been unhappy ever since. For a while, it had to console itself with being able to demand ‘security deposits’ for VAT, PAYE, NICs and other taxes; these powers were extended to cover Corporation Tax and the Construction Industry Scheme (FA 2019 s 82). Likewise it has long had the (ab)use* of powers to issue Personal Liability Notices, broadly only to directors, for outstanding:

but nothing really made up for having to mix with (the) hoi polloi.

• Tax Abuse and Insolvency (April 2018) – which we shall look at in more detail below; and

• Protecting Your Taxes in Insolvency (February 2019) which basically returned HMRC’s long-coveted (albeit secondary) preferential creditor status from December 2020, thanks to FA 2020 s 98, but only in terms of what one might call “third-party taxes collected”, i.e.:

It is arguable that returning preferential creditor status to HMRC is primarily a concern for a company’s other creditors. It is not considered further; point (1) is concerning enough.

This new legislation (FA2020 s 100, Sch 13) allows HMRC to make certain individuals “jointly and severally liable” with the company, for the company’s tax debts. A key reason why people prefer companies is that they generally offer “limited liability” – the only financial risk for the individual being what they have paid for their shares (or in some cases also lent to the company). The circumstances in which a creditor like HMRC can “pierce the corporate veil” to claim against individuals behind the company are therefore rare – up to now.

HMRC making an individual “jointly and severally liable” for a company’s tax debts means that:

• That individual’s personal wealth may be pursued for all the tax debt – it need not be ‘shared’.

• HMRC can simply claim against any or all such individuals as it chooses, without having to exhaust its claim against the company first.

The circumstances in which HMRC may issue a “Joint Liability Notice” (JLN) for a company’s tax debts include where a company has taken tax avoidance measures or similar; also, now, where an individual’s company has received excess Coronavirus Support Payments and HMRC sees a risk the corresponding Income Tax charge will not be paid (but we shall not consider such scenarios further).

Or, more worryingly in the mainstream, where there have been repeated insolvency and non-payment cases, involving the same person(s) ‘behind’ those companies (which HMRC calls “phoenixing”) as set out below.

An authorised HMRC officer may issue a Joint and Several Liability Notice to an individual once the officer decides, broadly, that:

An individual is connected with a company if he or she is a director, ‘shadow director’, or ‘participator’ (basically a shareholder) in the company; or, so far as the new company is concerned, directly or indirectly takes part in the new company’s management.

One or two points that leap out, based on my reading of the quite convoluted legislation:

• There is no limit to the size of any of the companies potentially in scope. They could be very small, or very large.

• While the legislation refers mostly to ‘directors’, an individual can be connected simply by holding shares: there is no de minimis holding so I might for these purposes be ‘connected with’ (say) the vast multi-national ‘Doodle Inc.’, even if I hold .000001% of its shares.

• I am not convinced that the legislation applies only to ‘close’ companies – those controlled by a relatively small number of people and usually OMBs – just because this legislation refers back to ‘participators’ at CTA 2010 s 454: can a shareholder be a participator in a company only if the company is a ‘close’ company? That’s not how I read the relevant legislation.

• While HMRC cannot pursue tax liabilities from periods prior to Royal Assent to FA 2020 on 22 July 2020, it seems that HMRC can even pursue past tax liabilities from the ‘old’ companies that no longer exist in general law, and pin them on individuals that were connected with such companies at any point within the past five years, so long as those old companies carried on an ‘activity’ similar to that of a ‘new’ company with which that individual is (or has been) connected. That common ‘activity’ does not have to be a company’s main activity or even one of its main activities.

We are currently experiencing a period of great economic uncertainty, and many service/knowledge-based companies have disproportionately high payroll liabilities to HMRC; what if I am a serial minority investor in, say, tech start-ups, catering, construction or traditional service companies..?

HMRC has issued guidance, promising not to apply the new legislation where:

I see only two teeny problems with HMRC’s assurances:

• We have seen HMRC whittle away similar assurances, such as those given by government in Hansard on 23 April 1998, promising HMRC would not pursue directors of ‘genuinely failed businesses’ with Personal Liability Notices, which are still echoed in HMRC’s Manuals (e.g., NIM12204-8). Yet, it is my experience they do exactly that, knowing a tax tribunal will look only at legislation and case law, not assurances – see for example HMRC v West [2018] UKUT 0100 (TCC).

• What if a taxpayer receives a Notice, then takes HMRC to court because its failure to send Notices to everyone else strictly caught under the legislation has unfairly affected his or her individual rights?

You ain’t seen nothin’ yet

This is another example of sweeping legislation held at bay by only the slimmest of assurances from HMRC, whose potential scope (e.g., whether it really can make one liable for ‘old’ corporate debts) will need to be tested at tribunal. We have been here before and it has not ended well. Just don’t look in a mirror and say “Wilkinson” five times. Or mention Transactions in Land. Or even think about that retroactive anti-phoenixing regime for capital distributions that HMRC has already started tinkering with at the edges…

• Lee Sharpe is a Chartered Tax Adviser and tax consultant with over 20 years’ experience in helping individuals, families, businesses and advisers with their tax affairs. This article first appeared in Tax Insider