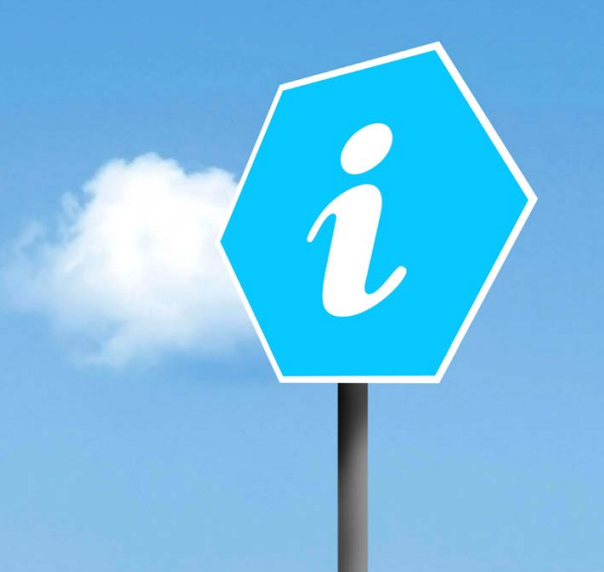 What information is out there to help you when it comes to an HMRC investigations? Gary Brothers explains all.

As those who may have suffered at the hands of compliance check carried out by HMRC will know, it is easier than you might think to find yourself the subject of such a check.

Most compliance checks take place because HMRC has concerns about the integrity of a tax return and/or accounts submitted by an individual, partnership or business. That said, don’t let the word ‘check’ fool you – a compliance check is, without a shadow of doubt, the start of a tax investigation.

But readers and tax advisors alike will be delighted to be reminded (or made aware) that a tax investigation is far from a ‘hands up you’re under arrest’ situation.

And although answering questions from, and interacting with, HMRC can be an intimidating experience, there are various tools at your disposal.

Before looking at these however it is important to know ‘the rules of the game’ and, in this respect HMRC has published a series of factsheets covering different aspects of compliance checks.

The most commonly seen and importance of these factsheets are considered below.

This is issued at the start of every compliance check and sets out how the check will be carried out and the rights and obligations of the taxpayer.

• The right to be represented – the taxpayer can appoint someone to act on his or her behalf. This does not have to be a professional adviser (although this may be wise depending on nature of checks) and can be a friend or relative.

• The right to consult an adviser – HMRC will allow a reasonable time for this.

• The right to confidentiality in dealings with HMRC.

• The right to complain if the taxpayer has not been treated fairly by HMRC.

To ensure a full understanding of the taxpayer’s situation, HMRC will inevitably want further information and documentation. In this respect, we share the view that it is usually in the interests of the taxpayer to help HMRC to understand their position by providing the information requested promptly, as this may eliminate or reduce any penalties ultimately payable if the check reveals errors in the taxpayer’s returns.

Traditionally, this information gathering was dealt with informally by way of meetings and discussions with the taxpayer and adviser, and written correspondence.

However, in recent years, it has become more common for inspectors to issue formal information notices (Schedule 36 Notices) which require production of information and documents within a specified timescale (usually 30 days) or risk penalties for not doing so of £300 initially, and then up to £60 per day that the failure continues.

These terms are set out on the factsheet mentioned above. However one thing that is not shared quite so clearly on the factsheet is that HMRC’s request for information must be ‘reasonably required’ to carry out the compliance check.

This means that the information must strictly influence the tax position of the individual concerned.

It is, however, increasingly common for inspectors to word their notices too widely or loosely, and to exceed the intended legislative powers of Schedule 36 by asking for arguably irrelevant information, and/or information that does not relate to the tax year being checked. Often providing such information leads to yet more questions, and potentially issues that the inspector has no right to be made aware of.

It is therefore important to carefully examine any information notices issued by HMRC and, if in doubt about the ‘reasonableness’ of the information requested, to seek appropriate professional advice before providing any information to HMRC.

3. CC/FS7a Penalties for Inaccuracies in Returns and Documents

This factsheet contains information about the penalties that HMRC may charge if their checks reveal that they have received an incorrect tax return, and sets out HMRC’s approach how these penalties are calculated.

• Potential Lost Revenue (‘PLR’) – the penalty charged is a percentage what HMRC refer to as PLR. This is the amount of additional tax liabilities that arise as a result of correcting the inaccuracy identified during the compliance check.

• Determining HMRC’s view of the behaviour – HMRC will look to identify the underlying behaviour that led to the inaccuracy. This will influence the percentage of any penalty charged.

• Reductions for the quality of disclosure – this will depend on how much assistance the taxpayer has provided throughout the check. This is more commonly referred to as ‘telling, helping and giving.’

Further guidance on HMRC penalties is set out in Schedule 24 of the Finance Act 2007.

However, although the factsheet sets out the statutory rules for considering and calculating penalties, there is still considerable objectivity to be applied in each individual case. And, not surprisingly, the inspector will usually seek to apply his or her ‘objectivity’ to achieve the maximum level of penalty.

It is therefore important to read and understand any penalty explanation notices issued by HMRC and, if you think that the level of penalties being suggested does not accurately reflect either the reasons why the error occurred, and/or the taxpayer’s conduct throughout the investigation, to challenge these.

In many cases, significant reductions in the levels of penalties charged can be achieved.

As advisers will know all too well, tax law runs to many volumes of often complex legislation, in tiny print on tissue thin paper, which even the most ardent inspector could not be expected to know in detail.

To help inspectors in their understanding, HMRC has over the years built up a library of guidance manuals which seek to translate tax legislation into something more easily understandable.

There were originally intended for internal use only, but have subsequently been made available publicly (albeit that some of the more sensitive sections have been redacted), and can be found via the following link to HMRC’s website: https://tinyurl.com/upcekuy

As can be seen these range from the more commonly consulted manuals, such as the Business Income Manual and the Compliance Handbook Manual, to more intriguing subjects such as the Video Games Development Company Manual and The Cider Manual.

Although these manuals are of great help when dealing with HMRC, it is important to realise that they represent HMRC’s interpretation of tax law, and their related administration policies, but that they are not the law and do not have the force of law.

Back in the author’s days as a tax inspector, many years ago, technical training was based largely on understanding the key sections of tax law, and how to interpret and apply this, with the manuals as useful reference if required. By contrast, inspectors’ technical training nowadays is more heavily based on the guidance manuals, with the result that they rarely look at the legislation itself and tend to (wrongly) believe that what their manuals say must be correct.

Whilst this is often the case, when involved in a dispute with an inspector who is quoting guidance from HMRC’s manuals to support his case, it is worth having a look at the underlying legislation to ensure that the interpretation being applied is ‘on all fours’ with the facts of the case, or that there is not an alternative interpretation of the legislation that the inspector has not (deliberately or otherwise) seen.

One commonly quoted example relates to a slap-up leaving party being provided to a long-serving employee as an alternative to the more usual gold clock!

For various reasons this did not qualify for exemption for staff parties, as the employer had thought, and HMRC therefore tried to tax the cost of the party as a benefit in kind to the employee.

The employer’s accountant argued that, in fact, the party fell within the exemption for ‘long service awards’ within Section 323 of ITEPA 2003 (S323), as something given to mark a long period of service.

The inspector responded by responding to paragraph 21750 of HMRC’s Employment Income Manual (EIM) which says that the exemption applies to ‘long service awards in the form of tangible assets’; in the inspector’s view a party was not a tangible article and so the Section 323 exemption did not apply.

However, the accountant pointed out that S323 does not require the award to be an ‘article’ but simply lists certain forms that the award cannot take, e.g. a cash voucher or a credit token. This is in fact backed up by HMRC’s further guidance at EIM01502 which says that, other than for the items specifically excluded by legislation, ‘most non-cash awards are likely to qualify for the exemption’.

In that particular case the inspector conceded. However this example does indicate the need to:

• Refer to the underlying legislation rather than just the HMRC guidance.

• Look carefully at the guidance being referred to by the inspector to ensure that he or she is not being selective in their interpretation or use of the guidance.

• Explore the relevant HMRC guidance fully to see if, in fact, it can be used against them.

How can we help?

At Independent Tax, we are all ex-HMRC investigators, and have significant experience of dealing with HMRC tax investigations and disputes.

If you, or a client, find yourself in a dispute with HMRC please do get in touch for a free no obligation discussion and a member of the team will be happy to advise you further.

If you would like a free no obligation discussion in relation to any aspect of the above or HMRC interventions in general, please contact us by email to info@independent-tax.co.uk by calling us on 01757 630010.