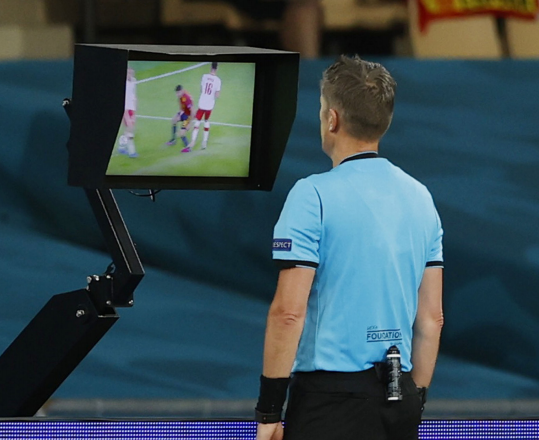 Andy Wood looks at what happens when the taxman takes on the world’s most popular sport, and the players and clubs that give English football a worldwide profile.

But we can always rely on business as usual with the England football team.

After beating the last World Cup finalists, Croatia, we then mustered a fairly lamentable goalless draw with Scotland.

Of course, as ever, the football pundits had swung from us being real contenders after the Croatia game to spitting bile after the lethargic performance versus the Scots.

Over recent years, HMRC has adopted a Klopp-esque gegenpress (‘counter press’) against the football industry. It seems almost certain that this will carry on in the coming years.

The last time I wrote about image rights was immediately after a meeting with a client.

No, it wasn’t a meeting with an international sports star. Instead, it was an older lady living in deepest darkest Cheshire who wanted some assistance with her estate planning.

Her view was very much that footballers were ‘getting away with murder’ and that they were much more adept at dodging taxes than dodging the odd stray boot in the penalty area.

Indeed, a very similar line was taken by the Public Accounts Committee back in January 2017.

But what are image rights?

In short, the Premier League’s creation back in the 1990s led to increased wages for footballers and an influx of foreign players. Not only did we see the introduction of international footballers to the UK, but also the importation and popular use of image right contracts and structures to exploit the same.

Generally speaking, these agreements allowed clubs to separate payments received from clubs into:

1.Payments under their contract of employment for kicking around a football; and
2.Payments for the exploitation of their image

The division of such payments also allowed for the second payment to, perhaps, be paid to a Company.

HMRC’s first, and until recently only, challenge to such structures was in the seminal, now quarter of a century old, case of Sports Club1 . The case involved the image right structures involving the global stars Dennis Bergkamp and David Platt. The taxpayers ultimately being successful.

Clearly, HMRC have had to live with this case, unlike other jurisdictions who have been aggressive in attacking such structures. However, what does HMRC publicly say about image rights? In their manuals, we are told that: “the concept of an ‘image right’ is, to the extent that it can be protected under UK law, dependent on a bundle of different [intellectual property rights]. These may include, for example, contractual rights, registered trade marks, passing-off of goodwill and copyright.”

Indeed, a relatively recent case involving pop superstar Rihanna supports the view that the protection of an image right may stem from the ‘passing-off’ of goodwill.

But what is “goodwill”? The manual defines “Goodwill” as: “the whole advantage of the reputation and connection with customers together with the circumstances whether of habit or otherwise, which tend to make that connection permanent”.

It is not as simple to say that the client is a sports person therefore it follows that he or she has an image right. The right does not simply appear ‘as if by magic’. Instead, it is developed by the activity of the sports person.

Furthermore, the exploitation of the right does not arise as if by magic either.

So, for example, a footballer might have to appear in a Coca-Cola advert (obviously, not if you’re Cristiano Ronaldo!) or take part in an interview or photoshoot for a magazine.

A gentleman’s agreement was struck between HMRC and most clubs setting out parameters within which image rights payments could be made. Broadly, a safe harbour was introduced that was based on both the club’s commercial revenues and also at the player level.

But this does not simply create an ‘allowance’ for a footballer or other sports person. An image rights arrangement must have commercial substance in order for an athlete or entertainer to be entitled to exploit additional revenues from their personal brand.

To give an example, Manchester City’s new star striker might be able to justify six figures being allocated for the use of his image on merchandising and advertising. However, HMRC would not accept that a journeyman centre-half playing in a League One team – whose image features only on his canteen coffee mug – would be able to charge a similar rate.

This was one of the issues considered in the Hull City AFC (Tigers) Limited2, the first case involving image rights since Sports Club. Hull City were promoted to the Premier League for the 2008/09 season, for the first time in its history. It signed Geovanni, a former Brazil international on a free transfer, who had been released by his former club, Manchester City, in July 2008.

HMRC argued that the payments to Joniere Limited represented Geovanni’s earnings. This would mean that Hull, as his employer, was liable to account for tax and national insurance contributions.

The Tribunal held that it was necessary to look at the substance of the sums paid rather than their form and that, realistically viewed, the payments were emoluments for the player’s past, present or future services or whether they were consideration for the licensing of his overseas image rights.

The Tribunal further held that it was not necessary for HMRC to show that the agreements were a sham for their case to succeed.

Viewing the facts realistically, the Tribunal decided that Hull had taken no steps to exploit Geovanni’s overseas image rights because it never had any clear intention, plan, or real interest in commercially exploiting those rights

The club did not have the experience, resources of ability to exploit commercial opportunities relating to such overseas image rights. The decision notes that the club’s two top sponsors were local businesses; however, the UK market was not covered by the image rights agreements (which was “utterly bizarre”, to quote one of the expert witnesses).

The case is helpful for advisers who are involved in this area as the judgement is a useful aide memoir to bother getting things right or, as in the case of Hull and Geovanni, how to get it wrong! Further, it would appear that both the Courts and HMRC tacitly accept that these structures can be effective.

In an update to its Employment Income Manual this year, it appears that HMRC has tightened its approach to payments for agent representation further.

The Revenue is particularly keen that transfer deals in which agents act for both the individual player and the club which is paying to sign him – a process referred to as ‘dual representation’ – are documented more fully.

It believes that some agents may under-report the hours which they put in on behalf of players – and on which they pay income tax and National Insurance contributions (NICs) – and exaggerate the work carried out for the clubs.

HMRC is adamant that it “does not accept a default split (eg 50:50)”. From now on, therefore, clubs must provide more information which “includes but is not limited to meeting notes, emails, details of time spent and other documentation to substantiate its payments”.

“The referee’s a… self-employed worker”

Some might draw parallels between a referee and a tax inspector. Both are charged with applying the rules drawn up by other parties. Both will be criticised – rightly or wrongly – by those affected by their decisions and by those watching from the sidelines. But this does not mean that our men in black are immune from HMRC scrutiny.

This can be seen from the relatively recent the Upper Tribunal decision in the Professional Game Match Officials Limited (PGMOL) 3 case.

Here, HMRC argued that 60 referees should have been classed as PGMOL employees had sought to recover PAYE tax and NICs from PGMOL.

In its original decision in 2018, the FTT had concluded that the arrangements between PGMOL and the referees lacked the requisite mutuality of obligation (‘Mutuality’).

The UT broadly agreed with the FTT in rejecting HMRC’s assertion that a contract which provides merely that a worker will be paid for such work as he or she performs contains the necessary mutuality of obligation to render it a contract of service. The UT concluded that the referees were not under an obligation to do any work and the counter party was not under an obligation either to make any work available or to provide any form of valuable consideration in lieu of work being available.

Beyond this particular decision, the UT ruling is problematic for HMRC as it perhaps provides further evidence that HMRC’s Check of Employment Status Test (CEST) does not reflect employment status case law.

Finally, to complete the set, football pundits have also fallen foul of the taxman.

We heard recently that former England star Gary Lineker is being pursued by HMRC for the small matter of £4.9m in income tax and National Insurance Contributions.

HMRC alleges that the payments into the partnership should be classed as his employment income and taxed accordingly because, it says, Lineker was in effect a direct employee of the BBC and BT Sport.

Of course, Lineker is not the only high-profile individual pursued by HMRC in respect of their employment status. Indeed, HMRC has already suffered high-profile reverses at the hands of Lorraine Kelly and ‘Loose Women’ presenter Kaye Adams.

Lorraine Kelly’s lawyers likened an ‘employment’ status to that of an actor in a West End show, wearing a costume chosen for them and following a script which they may not have had a hand in writing. Kelly was successful in arguing that she had considerably more control. Gary Lineker will, I think, pursue a similar line.

As Lineker and his fellow ex-players might willingly stress, management of taxes is rather like football after all: “It’s all about results, innit?”

Andy Wood is an experienced tax adviser and Barrister. He is a director at ETC Tax and a member of Addington Chambers. Andy’s clients extend across all types of sectors and has acted for high net worth individuals, sports persons and entertainers, property entrepreneurs, international banks and tech companies. Contact: Andy.wood@etctax.co.uk or awood@addingtonchambers.com