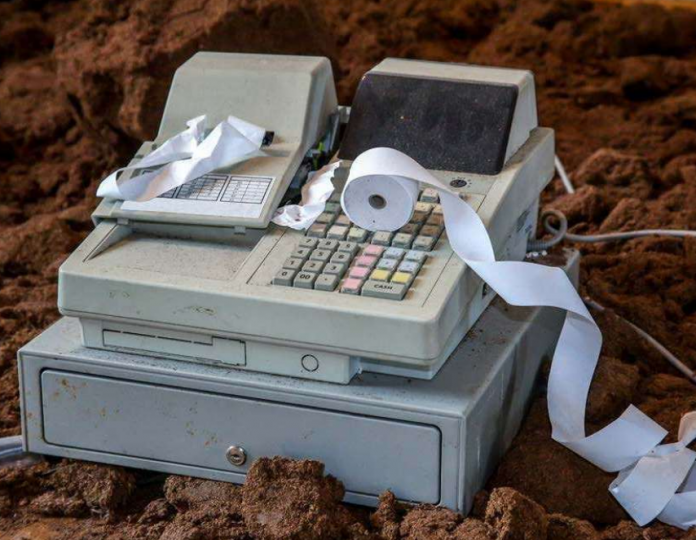 Patrick Boyers and Mike Rainford examine a new area of inquiry that has opened up to HMRC and is sure to be keenly pursued.

With the introduction of the Finance Act 2022, businesses have seen a sharp rise in the robustness with which HMRC are now pursuing the use of Electronic Sales Suppression (ESS) software and/or any other ESS devices, possibly amounting to computer code or a piece of hardware.

A culmination of a long legislative process, this new Finance Act looks to define specifically what amounts to an “electronic sales suppression tool” and grant HMRC investigatory powers to tackle its usage.

The UK government held a public consultation into the extent and impact of ESS from 19 December 2018 to 20 March 2019, calling for evidence and information to better understand what it is and how it is carried out. While only 11 responses were received in that consultation, they included some knowledgeable and specialist associations, and those inputting into the consultation believed that ESS was a prevalent form of tax evasion.

Electronic point of sale (EPOS) system providers responded surprisingly by stating that businesses had explicitly asked them and the developers of that software to include ESS capabilities in till systems.

ESS is, in essence, a tool or piece of software that interferes in electronic sales records. It can do this either at the point of sale or retrospectively. It alters those records to reduce the value of each transaction with a view to suppressing the overall recorded turnover of the offending business, the driving force being to push down that turnover and avoid key taxation thresholds, such as the VAT registration threshold. There is also the advantage that a reduced registered turnover will show less in the way of taxable profits. This form of tax evasion appears to be used predominantly in small businesses, where lower registered turnovers might be more justifiable. In particular, sectors where those responding to the consultation identified high risk were takeaway food outlets, the hospitality sector, and the retail sector.

Following the consultation and the responses, the government announced new measures to tackle ESS in the Spring Budget of 2021. Those measures have been brought into force through the Finance Act 2022, which took effect on 24 February 2022.

That legislation defines an “electronic sales suppression tool” under paragraph 1 of Schedule 14 of the Finance Act 2022 as being a tool that is both capable of suppressing electronic sales records, and states that it must be reasonable to assume that the main function of that tool (or one of its main functions) is to suppress those records. Both conditions must be satisfied before the software or hardware is considered to be an ESS tool.

Having established what amounts to an ESS tool, the legislation goes on to specify under Schedule 14 the 4 different penalties relevant to ESS:

The penalty for offences 1 to 3 can be up to £50,000. In coming to a decision as to the amount, the HMRC officer in question must consider any matter specified in a notice published by HMRC and may take into account any other matter they deem appropriate. Interestingly, the penalty for the actual possession of an ESS tool (number 4) is not to exceed £1,000, although that does not include any retrospective payment of tax avoided through the use of an ESS tool.

Further to this initial £1,000, once a person is assessed to have been in possession of an ESS tool, and has been notified of the same, that person is then liable to an amount of up to £75 for each subsequent day on which they continue to possess that ESS tool. The total amount of subsequent daily penalties for the possession of ESS may not exceed £50,000, but this £50,000 is in addition to the initial £1,000 penalty issued for possession.

According to the Revenue’s Compliance Handbook, addressing ESS and their enforcement policy (CH194000), which was updated on 20 June 2022, where a relevant person is believed to be in possession of an ESS tool on the first occasion, HMRC may write to them and give them the chance to remove that tool within 30 days to avoid the charge of a penalty. If that person fails to satisfy HMRC as to the removal within 30 days, then they may be issued with the £1,000 penalty notice.

Where the Revenue are dealing with a relevant person who they believe is in possession of an ESS tool within 5 years of being issued with a penalty notice for the same, they may issue the £1,000 penalty notice immediately.

The powers under Schedule 36 of the old Finance Act 2008 are still in force, giving HMRC the power to obtain documents through valid information notices, inspect premises and property, and to copy and remove documents.

What the Finance Act 2022 does is take these powers to obtain, inspect, copy and remove and applies them (through the inclusion of paragraph 17 of Schedule 14) to ESS tools, in what reads as a broad mandate. The mandate given to HMRC is that they are entitled to exercise these powers where an officer has reason to suspect that the person may be liable to one of the electronic sales suppression penalties. This includes where a person is suspected of making, supplying, or promoting the use of an ESS tool.

With regards to the power to inspect premises, HMRC may enter a person’s business premises, and inspect (1) the premises itself, (2) the assets on that premises, and (3) business documents on the premises. Their usual remit in doing so allows them to inspect such items where it is reasonably required that they do so for the purpose of checking their tax position. However, under the new Finance Act 2022, their remit also appears to allow them to attend and inspect where they have reason to suspect a person as being liable to an ESS penalty, and where the exercise of those powers is for one of the three purposes below:

1. To determine whether that person is in fact liable to a penalty.
2. To enable HMRC to understand the operation of a tool which is a suspected ESS tool.
3. To identify other persons whose activity in respect of an ESS tool might cause them to be liable to a penalty.
While the remit granted to the Revenue is broad, one would still presume that the requirement of proportionality where non-statutory documents are requested (Gold Nuts Limited [2017] UKFTT 84 (TC)) would still apply to information notices, albeit the context within which that proportionality might be considered may be different where the matter relates to ESS tools.

Theoretically, therefore, there is a risk that where HMRC exercise their powers in accordance with one of the above purposes in respect of a supplier of an ESS tool, they may do so with a view to identifying to whom the supplier is providing the ESS tool. This, in turn, assists the Revenue in identifying the end user of the technology, and will likely be a key reason for an increase in HMRC investigations into tax avoidance by way of ESS.

HMRC have already started to actively exercise these powers to a great extent.

On 18 May of this year, a co-ordinated attempt saw approximately 30 different businesses visited using these powers, resulting in persons being arrested on suspicion of fraud and/or tax avoidance.

In light of the new powers and the co-ordinated enforcement approach of HMRC in tackling ESS, businesses who may consider themselves as falling within one of the potential penalty categories – that is making, supplying, promoting, or possession – may want to take advice and consider making a voluntary disclosure to HMRC in respect of their ESS involvement, with a view to negotiating more lenient penalties or avoiding criminal prosecution through the Contract Disclosure Facility. It is key to remember that in respect of ESS penalties, the £50,000 or £1,000 penalty is only one element of the potential punishment available to the Revenue. There are potential sanctions under the civil and criminal procedures that may enable HMRC to pursue an offender or ESS user for the full amount of unpaid tax avoided through ESS, e.g., through the Proceeds of Crime Act 2002.

Patrick Boyers is a Solicitor in the Business Crime and Regulation team at JMW Solicitors LLP based in Manchester. Email Patrick. boyers@jmw.co.uk

Mike Rainford is a Partner in the Business Crime and Regulation team at JMW Solicitors LLP based in Manchester. Email Mike.rainford@jmw.co.uk