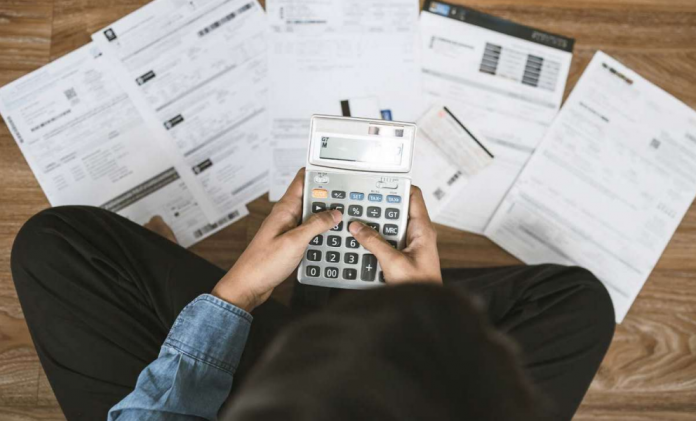 Can a director negotiate repayment of an overdrawn loan account with a liquidator? Elliot Green explains all.

This article is about the perennial problem of directors of owner-managed businesses who may extract company money, and are then faced with the dilemma of struggling to repay an overdrawn Director’s Loan Account.

It would be perfectly possible to construct an article to address the rubric with the answers: no, yes or it depends.

However, conceivably the correct answer is that a director can negotiate the repayment of their overdrawn loan account with a liquidator, but that it is a matter that will often be influenced by the facts of the case.

How an overdrawn loan account can arise in insolvency?

The problem that frequently arises is company money may be hoovered up, perhaps each month, to enable a director to pay personal bills and put food on the table. However, matters of entitlement to those funds may get overlooked. A director’s entitlement to remuneration from a company might be assumed to be unimpeachable, particularly when they can show they have worked under Stakhanovite conditions to promote the success of the company.

However, a director occupies a position of trust, akin to that of a Trustee of the company’s property. So strict is fiduciary duty that entitlement to remuneration for a director has to be properly carved out if it is to be valid. As a result, an assumption of entitlement to remuneration is potentially unwise. It could store up problems for a later date if a company is in financial difficulty such that it cannot avoid insolvent liquidation.

But why else would a director set up an owner-managed company if they were not entitled to be put on the payroll to earn a living? The assumption that a director is entitled to an income from a company conflates personal effort in running a company with reward. Such a presumption could drive coach and horses through what was said in the well-known case of Guinness Plc v Saunders [1990] 2 AC 663. The House of Lords held that the law would not imply a contract for remuneration when the same could only be agreed under the articles of association by an appropriate resolution of the board.

The current Model Articles for a company requires Board Resolution: “Directors are entitled to such remuneration as the directors determine” [added emphasis]

An overdrawn Director’s Loan Account can sprout as a serious problem for a director when a company is insolvent as it will be unable to declared dividends due the absence of reserves or be able to pay salaries to the directors if it cannot afford the PAYE and National Insurance.

What to do about an overdrawn Director’s Loan Account in insolvency?

A Director’s Loan Account that is overdrawn is an asset of the company.

In essence it is no different to any other book debt. The only real difference is the connection between the company and the party owing the money. A liquidator has a duty to get in, realise and distribute the assets. Furthermore, by virtue of Statement of Insolvency Practice Number 2, a liquidator has to investigate what recoveries might capable of being made for the benefit of creditors. As a result, it is axiomatic that a liquidator has a duty to collect in an overdrawn Director’s Loan Account and upon discovery of the same must ask for it to be repaid.

However, if the director cannot afford to repay it they can attempt to negotiate the position with the liquidator. And yes, you can negotiate with a liquidator.

However, if a director has sufficient means or assets to repay their Director’s Loan Account then it might be optimistic to anticipate such negotiations will avoid them having to repay the lions’s share of it.

A Liquidator has no primary duty to a director, other than to observe the principle set out in Ex parte James to behave in a manner that avoids conduct which, although lawful, would be unjust. At the summit of the hierarchy of duties for a liquidator is the duty to maximise realisations for creditors.

How a director can negotiate an overdrawn loan account with a liquidator?

Although an overdrawn Director’s Loan Account is a company asset, it is unique for two notable reasons. Firstly, it is money owed to the company by a connected party and, secondly, if it is not paid then it becomes a claim (namely a recoverable debt). It is in fact one of the few occasions when its repayment could result in a company receiving more money than just the amount repaid. I am referring to repayment of the associated corporation tax that will usually have been paid under Section 455 of the Corporation Tax Act 2010 when the overdrawn position accrued.

Ability to pay is a key negotiating vantage point for a director. It is no trivial matter if a director owes substantial sums to a company.
However, if they cannot afford to repay some or all of the overdrawn balance, either now or for the foreseeable future, then the quantum owed is confined to a point of reference – that is to matters of liability as opposed to the commercial reality. As a result, a director who is willing to supply proper particulars of their assets, liabilities, income and expenditure and even conceivably swear a statement of means, may be well placed to negotiate with the liquidator.

If the Loan Account goes unpaid after repayment has been sought then the route to recovery either relies upon negotiation to break the deadlock or court proceedings. Court proceedings by a liquidator will usually entail instructing solicitors and that often costs the liquidator money when there is no money in the company to fund lawyers’ fees and legal disbursements.

That position can then potentially influence the approach adopted by a liquidator.

Creditors often would worry when asked to fund a liquidator about the risk of throwing good money after bad. The liquidator is not obliged to fund legal proceedings out of his or her own pocket.

Legal costs can be substantial to obtain a Court declaration that a director owes a sum of money to the company and then further costs may have to be incurred to take enforcement action. That position combined with the potential uncertainty as to what defences might be deployed by a director in any legal proceedings contesting liability, means that often there will be room for a commercial deal to be negotiated.

Examples to evidence such negotiations can be seen from a review of the reports filed at Companies House by liquidators, such as in the cases of IES Realisations Limited and Cavendish Cash Registers Limited. In those two cases, for example only, over 90% of the ovedrawn position was deemed to be irrevocable based on the realisations made by the liquidators.

Not surprisingly, in both cases ability to pay was highlighted as the rationale for the negotiated settlement.