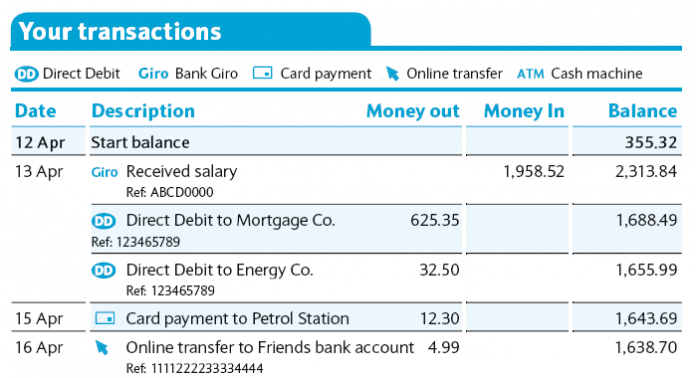 When HMRC makes a request for a personal bank statement can you refuse? Salman Anwar and Haris Rehman explains the ins and outs of this thorny issue.

Even to the most innocent of taxpayers, an enquiry letter from HMRC can cause the pulse to race and the heart to pound. A person could have done everything within their power to meet their filing obligations as well as kept all the necessary records, yet when that letter comes through the post signed off by an officer of HMRC, everyone fears the worst. Even the innocent feel guilty!

It is this fear that leads most people to rush to comply with every request from HMRC without stopping to consider the merits of those requests. In the authors’ experience it is not unknown for HMRC to prey on this fear. Indeed, it is not unknown for an Inspector to say: “If your client has nothing to worry about, why should he not want me to see everything?”

This is quite often demonstrated in the opening enquiry letter, where HMRC will request information and documentation which they are not strictly entitled to in the guise that the request is an informal one. Indeed, it often seems that the typical tax officer operates on the principle of “if you don’t ask, you don’t get”.

You may ask what’s the problem with supplying this information if you believe the return to be correct. Well, in our experience there is a tendency for the HMRC officer to consider every piece of information with a view to finding a tax aspect to it.

In essence, the more information you give, the more angles the Inspector tries to think of, and the more questions he asks. The reality is that the more unnecessary information that is provided to HMRC the longer the enquiry tends to run. We have experienced this many a times where providing extra information tends to open up avenues in the enquiry which lead to nowhere and only serve to prompt HMRC to ask ever more frivolous questions.

This usually means the costs to the client of dealing with the enquiry start to climb exponentially. Turning back to the topic at hand, a particular favourite of HMRC in more recent times is to include a request for all of the taxpayer’s personal bank statements at the outset of an enquiry. Before we delve into the specifics of the personal bank statement request, we briefly cover what HMRC are entitled to request as this will help to understand what they can’t request.

In short, a personal tax enquiry under S9A of the Taxes Management Act 1970 extends to anything contained in the return or required to be contained in the return. HMRC can formally seek information and documents which would be reasonably required for the purposes of checking the tax position of the taxpayer under the information powers granted to it by Schedule 36 of the Finance Act 2008. The information and documents that HMRC request must be in the power and/or possession of the taxpayer.

For a more detailed discussion on HMRC’s information powers under Schedule 36 please see our article on this topic that was published in the February/March edition of this magazine.

Generally, the opening request for information and documents at the outset is described as an informal one – but in every instance the opening letter will make reference to the fact that HMRC has formal powers under Sch 36 FA 2008 to obtain documents and information. The impression that most taxpayers get from this is that, they had better give the officer what he asks for because he can force them to provide it anyway.

But this is misleading. The reality is that he can only ask for documents and information that are relevant to and necessary for the determination of the taxpayer’s tax position. And he is specifically precluded from just asking for information that he thinks he might like. He can undertake a tax enquiry but not a fishing expedition, The above is, of course, a very broad summary of what HMRC has the power to request and there are many factors which need to be considered when deciding whether to say no to HMRC. The simplest way to deliberate on this is to consider whether the information and documents requested are reasonably required by the HMRC officer in order to check the tax position of the person under enquiry.

Any information or documents which a taxpayer had relied upon in order to produce specific entries within the return would typically be documents and information that HMRC could request. But if it wasn’t necessary for the completion of the tax return, then you should stop and consider whether the request is justified.

This is a generic guide and there will be many exceptions and nuances within each specific request. For example, if a taxpayer records employment income on their return, should HMRC expect the taxpayer to produce P60s and P11d’s? The answer is no – because those should already be in HMRC’s possession. HMRC should aim to minimise any disruption to the taxpayer and therefore, any request for information and documentation should be relevant, specific, succinct and focused.

Turning to the main crux of this article, we will now look at HMRC’s right to request personal bank statements at the outset of an enquiry.

To address hmrctaxinvestigation.co.uk 17 this particular point, we turn to HMRC’s very own guidance. Within its Compliance Handbook (CH207320), HMRC specifically note the following: “Non-business bank accounts should not be requested as a matter of course. However, where financial accounts are not based on a robust and effectively operated record keeping system which is supported by adequate and appropriate safeguards and/or include unvouched or unverified sums, it would be reasonable to request private bank details with the other records.” [emphasis added]

The key point being that personal bank statements should not be requested as a matter of course. The exception is where HMRC finds the business records on which the accounts have been based were not robust and effectively operated.

What this means in practical terms is that HMRC should not be asking for private bank statements unless and until they have managed to show that the business records were unreliable. In most cases where such requests are made at the outset of an enquiry, HMRC would not have any evidence of errors within the taxpayer’s record keeping nor in their tax return.

It is also important to note that requesting personal bank statements is potentially a breach of the taxpayer’s rights under the Human Rights Act: Article 8, which are commonly referred to as the right to privacy. Again, we turn to HMRC’s guidance within their Compliance Handbook which outlines a taxpayer’s right to privacy in relation to its information powers under Schedule 36.

HMRC’s guidance, at CH21340, states. “To be lawful, an intrusion into a person’s private life must be:

• in accordance with the law

• necessary in a democratic society, and

• in pursuit of a legitimate claim For HMRC this usually means that any intrusive action must be in accordance with the law and necessary for the economic well-being of the UK.”

The question therefore arises as to how a request for private bank statements at the outset of an enquiry, without an adequate justification/ explanation having been provided, fulfils the criteria laid out in HMRC’s very own guidance.

If HMRC have not put forward any evidence, demonstrating that their request for personal bank statements is necessary and justified, then taxpayers are well within their rights to decline HMRC’s request and should gently point and steer them towards their own guidance – as well as pointing out that the request may well be in breach of the HRA. It also goes without saying that the reasons or explanations given by HMRC are worth challenging because they might not be sufficient either.

A common area of confusion arises where taxpayers have declared bank interest on their return. One would assume that your bank statements were relied upon to complete the interest received box in a return and could therefore be considered as generally within HMRC’s powers to request.

Unfortunately, this is a very common misconception. If HMRC’s concern is in relation to the bank interest received in a tax year, then taxpayers should duly comply by submitting bank interest certificates or a summary of interest received available from their bank. It is also worth noting that banks are obliged to share details of interest earned by individuals to HMRC so this information should already be in HMRC’s possession.

In conclusion, if you know the rules you may be able to limit HMRC’s requests quite substantially – curtailing the length of an enquiry as well as potential costs. Of course, as we said at the outset, the mere receipt of an enquiry letter can cause the most innocent heart to quail and the typical reaction of most taxpayers – and their advisers – is to rush to give the HMRC officer everything that he asks for.

Unfortunately, those who adopt this approach will often live to regret it, as they watch the enquiry spin off into ever-more-irrelevant areas. A little thought at the outset – and a challenge to what the HMRC officer is really entitled to – can prove immensely beneficial in the long run.

• Salman Anwar is a Senior Manager in Mazars Tax Investigations team, having previously been a Tax Inspector having worked in HMRC’s Fraud Investigation Service. Salman can be contacted on 073 9444 8889 or salman.anwar@mazars.co.uk

• Haris Rehman is an Assistant Manager in Mazars Tax Investigations Team, having previously worked in HMRC’s Fraud Investigations Service. Haris can be contacted on 073 9939 9976 or haris.rehman@mazars.co.uk