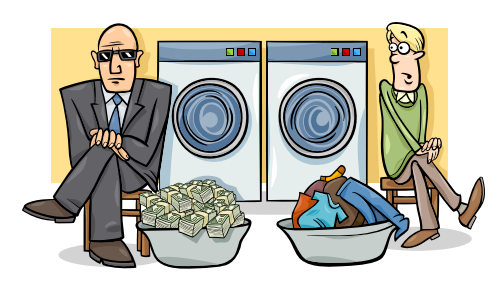 Rachel Clark examines money laundering and the role of the gatekeeper.

In March 2021, the Financial Conduct Authority very publicly initiated criminal proceedings against NatWest Plc.(1) The bank faces allegations that it failed to adequately monitor and scrutinise around £365m of payments to a gold, jewellery and scrap metal dealer.(2)

This is the first such prosecution brought against a bank, and the announcement should be interpreted as a warning to those in the ‘regulated sector’. The authorities are using the ‘nuclear’ option, not just against money launderers, but against the gatekeepers who are meant to detect money laundering and halt it in its tracks.

Who are the money launderers?

Fraud and tax offences remain the largest known source of criminal proceeds from offending in the UK.(3)
‘Dirty’ money can be derived from tax evasion – whether statutory, e.g. VAT fraud under s.72 Value Added Tax Act 1994, evasion of duty under s.170(2) Customs and Excise Management Act 1979 or evasion under the common law offence of ‘cheating the public revenue’. It will constitute ‘criminal property’ under s.340 Proceeds of Crime Act 2002 (‘POCA 2002’), and is ripe for money laundering.

Who are the gatekeepers?

However, liability under the UK anti-money laundering regime spreads far wider than money launderers and their co-conspirators; it can envelop those in the ‘regulated sector’. This includes:

Importantly, the definition of a ‘tax adviser’ has been extended to mean “a firm or sole practitioner who by way of business provides material aid, or assistance or advice, in connection with the tax affairs or other persons, whether provided directly or through a third party, when providing such services.”

This is broad. As noted by the Solicitors Regulation Authority, it “extends beyond providing advice and includes providing assistance and material aid. Activities known informally by other terms, such as ‘estate planning’, ‘tax planning’ and ‘tax mitigation’ are likely to be in scope of the regulations through this definition.”(4) Whilst litigation and dispute resolution services are not generally in scope, the lines have become blurred and must be very carefully considered by those involved in tax investigations.

Those operating in the regulated sector are obliged to comply with the regulatory framework set out in the Money Laundering, Terrorist Financing and Transfer of Funds (Information on the Payer) Regulations 2017 (as amended) (‘MLR 2017’). These set out a detailed anti-money laundering regime, which includes registering with the authorities, engaging in risk assessments of their business, and conducting due diligence on their customers and transactions (amongst other extensive requirements).

Under s.330 POCA 2002, they are also obliged to make a Suspicious Activity Report (‘SAR’) to the National Crime Agency if, in the course of their business in the regulated sector, they come to know or suspect someone is engaged in money laundering, or they have ‘reasonable grounds’ to know or suspect as much (even if they do not actually suspect it!).

What if they drop their guard?

Perhaps surprisingly, a failure to comply with these additional requirements can result in severe sanctions, including imprisonment.

Failing to send a SAR under s.330 POCA 2002 can result in a maximum sentence of 5 years’ imprisonment and/ or an unlimited fine for the individual who fails to make the required report.

• Prosecution, leading to a maximum sentence of two years’ imprisonment and/or a fine.
• An unlimited civil penalty (a fine).
• Being publicly censured.
• Suspension or removal of authorisation to operate in the regulated sector, or a prohibition on management.

Crucially and startlingly, it is not a pre-requisite that any underlying money-laundering offence has actually taken place. In other words, the ‘mischief’ being addressed is simply that a risk of money laundering has been created.

In January 2021 HMRC announced that it had issued its largest ever fine against a money-service business, which had failed to comply with anti-money laundering procedural requirements.

The Revenue noted that “[b]usinesses who fail to comply with the money laundering regulations leave themselves, and the UK economy, open to attacks by criminals”, but did not point to any specific laundering in that case.

Nonetheless, the company was required to pay £23.8m.(5) This is under appeal.

Similarly, the Financial Conduct Authority’s 2020/21 business plan states that it will take enforcement action “particularly where there is a high risk of money laundering”.(6)

However, even this should be treated with caution – the legislation does not require a “high risk” threshold to be met. Even a seemingly ‘benign’ breach could have serious consequences.

The rigorous approach to enforcement seems unlikely to wane; quite the opposite.

The National Crime Agency’s website page on money laundering leads with the statement that money laundering “has the potential to threaten the UK’s national security, national prosperity and international reputation”.(7) As the government’s resources remain stretched (particularly post COVID-19) it will want to put even more pressure on those in the regulated sector, in order to leverage their help in the fight against crime.

Firms in the regulated sector, and their advisers, will need to be on their guard.

Practical steps that should be taken include:

• Establishing anti-money laundering policies and procedures from the start, and ensuring they are clearly documented. These must be updated regularly, including to reflect any changes to the way business is done post lockdown. Such policies should also incorporate procedures to prevent the facilitation of tax evasion and bribery, thus also protecting against corporate liability under the Criminal Finances Act 2017 and Bribery Act 2010, and killing several birds with one stone.
• Ensuring those policies and procedures are implemented, and that this itself is thoroughly documented.
• Considering self-reporting to the authorities if a breach occurs, and assessing the degree of co-operation you are comfortable with, if approached by the authorities first.

In 2017 through ‘extraordinary’ co-operation with the authorities, Rolls Royce managed to secure a deferred prosecution agreement in relation to criminal conduct spanning three decades, seven jurisdictions and three business sectors. Legal advice should be sought early on to guide you through the options and how to set the right tone, as well as to secure legal advice privilege.

By definition, money laundering can only arise once an underlying offence has first generated the ‘dirty’ funds to be laundered. This means it can often take firms and their advisers by surprise – they are too busy focusing on the original offence, and money laundering can feel like a secondary concern, as can compliance with the myriad of regulatory requirements.

However, in choosing to prosecute NatWest Plc, the authorities have made their intentions clear – those in the regulated sector have a serious responsibility to act as gatekeepers.
Woe betide anyone who sleeps on their watch.

• Rachel Clark is a barrister at Bright Line Law, specialising in tax investigations (both avoidance and evasion), including those where there is an overlap with POCA 2002. Her email is rc@brightlinelaw.co.uk.