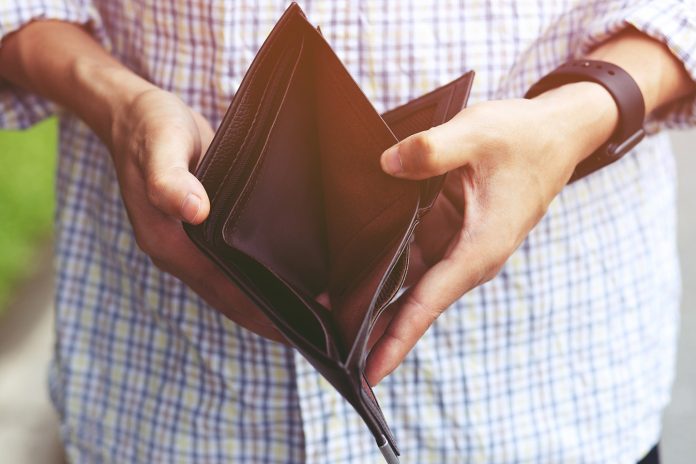 When is it reasonable for HMRC to freeze a bank account, asks Jacqui Fleming.

One of the major headlines over the past few months was ‘HMRC hits the pause button’, with the suggestion of all compliance activities being suspended due to Covid-19. It seems that was not entirely true, with the Fraud Investigation Service continuing its work (albeit more slowly) and the Proceeds of Crime Unit making use of HMRC’s relatively new powers.

Account Freezing Orders (AFOs) were introduced by the Criminal Finances Act 2017 and gave HMRC (and other regulatory bodies) the power to freeze and/or seize the funds of suspected criminals and their associates for amounts as low as £1,000. Imagine, one day you get home or to work to find out your account has been frozen for possibly up to the next two years. No more payments out and your mortgage/ loan/other bill is due.

How do you tell your suppliers, financial institutions, friends, colleagues that you can’t pay because you’re suspected of money laundering or criminal conduct? What if, as happened in the case we mention below, bankruptcy or liquidation is threatened? Even short-term orders can wreak havoc on businesses.

To use these powers, HMRC has only to show a Magistrate that it has reasonable grounds to suspect that money has been obtained by, or intended to be used in, unlawful conduct. Some hearings are held without notification to the target, meaning they cannot defend themselves. HMRC does not need to open any formal enquiries, or ask any questions. So of course, there are stringent criteria to comply with, to protect the taxpayer, right? It would appear not.

However, some people make honest mistakes, some people are a bit careless and a few deliberately try to pay less than they should. Where HMRC think someone has possibly underpaid it is HMRC’s job to exercise realistic judgement as to whether there is actually an underpayment and, if so, why?

As tax investigation specialists we constantly debate with HMRC on behalf of our clients as to what is deliberate behaviour. Fraud equals deliberate behaviour, meaning there was an intention to bring about a loss of tax. It is not a case of the taxpayer should have known better, or ought to have thought a bit more, or is intelligent enough to have surely realised something is wrong. It requires conscious thought that ‘if I do this (or don’t do this) I will underpay my tax. I am therefore going to do it’.

The same generally applies to criminal behaviour – there are exceptions but it is difficult to do something deliberately if you don’t know that you are doing it in the first place. So HMRC need to factor this in when it is considering whether there is reasonable suspicion of either past or intended unlawful conduct.

A person is employed and earns an average wage. They do, however, have significant savings sitting in a bank account. Is this enough to suggest, believe, or suspect that a person is guilty of unlawful conduct or conspiring to do something unlawful? Is this a sign of money laundering?

Reasons for a disparity between earnings and savings could be (but are not limited to) – an independently wealthy family; an inheritance; a lottery win; accumulation of savings; sale of a private asset. Where does a disparity become understandable and where does it become suspicious?

Let’s say the person is also a director of one or more companies, recently incorporated. Is it OK for HMRC to say to the Magistrate that the companies have registered for corporation tax but have not submitted any tax returns or paid any tax? Is it wrong to omit the fact that the companies are not due to submit returns or pay tax yet? Of course it is entirely wrong. This omission puts a completely different complexion on the matter.

If you combine the two examples, is that enough to suspect unlawful conduct? Not to suggest a bias, but courts often appear to favour HMRC, and as tax experts aligned to Her Majesty, this is understandable. But such belief in organisations requires that organisation is beyond reproach. It means it cannot trim the information like fat from a bacon rasher, to be left with the tasty bit.

Unfortunately, the above is an extract of a real example, where there were additional further and significant errors at the hands of HMRC. Resolving the issue of AFO’s sought by HMRC requires a tax specialist who can understand what HMRC are looking at, supply and present information in a manner that alleviates concern and corrects any issues that may have arisen. The reasons for the apparent suspicion need to be explored and explained with evidence to dispute that. HMRC will ask the client to hand over mandates so that it can approach financial institutions for information.

It is usual advice not to sign mandates, but to supply the relevant information voluntarily. Approaches to financial institutions by HMRC can lead to the institutions losing trust in the client and end what had been a good relationship.

The same goes for suppliers – it is far better for information to be obtained by the taxpayer or his professional representative than for HMRC to be given carte blanche powers to get what it chooses – the problem being that information supplied without relevant, clear explanation can lead to misunderstandings based on incomplete information. We have already seen how high or far HMRC will jump on some occasions to get to its conclusions.

In addition, lawyers are needed to present the case to the Magistrates – and both of these cost money. And where do you get the money from to pay? It’s frozen. You may be relying on the good will of the professionals that represent you because in most cases, HMRC are unlikely to consent to the release of funds to pay these bills, or many others, meaning another application to the Courts to vary the order is necessary, but without guarantee of success.

So, what happens when HMRC accepts its suspicion was unfounded or has been satisfactorily explained? If HMRC applies to get the freezing order removed, the magistrates are prevented from awarding costs against HMRC by the court rules.

To summarise, if HMRC misrepresents its case, money is spent on defending it and HMRC withdraws the matter, the costs are suffered by the wrongfully accused. In the meantime, you may be in the throes of bankruptcy or property repossession and have lost the goodwill of financial institutions or suppliers.

The use of AFOs is on the increase. In 2019/20, HMRC arranged for the issue of 166 orders, an increase of 177% on the 60 the previous year. So, while the number now is still relatively low, it is increasing significantly, and the more success had, the more it will be the weapon of choice. Fraudulent users of the Job Retention Scheme (furlough) may be the first in line.

If used properly in the right cases, it is a tool than can help the Exchequer recover amounts that are properly due or deter future fraudulent behaviour.

HMRC does a lot of good work, are often reasonable and sometimes accept errors have been made and put them right. However, situations like the one above are too frequent, and damages HMRC’s reputation more than good work enhances it.

Such strong powers that have the ability to destroy a business or a life, or damage them must be used with caution and there must be critical reviews by competent officers to ensure suspicions are based on reason and that all relevant information is presented properly to the relevant authorities.

Unless there is clear evidence that the funds are in danger of dissipation, or there has been unlawful conduct, it does rely on HMRC being sensible and reasonable.

It is understandable that officers on units dealing with fraud may become a little sceptical when dealing with cases of fraud for the majority of their time, but HMRC must be sure not to lower its own standards to match the would be fraudsters. HMRC’s errors must be pointed out – as with anything, if you don’t explain the problem it can’t be corrected.

• Jacqui Fleming, Partner, InTAX ltd. She can be contacted by email – jacqui.fleming@intaxltd.com