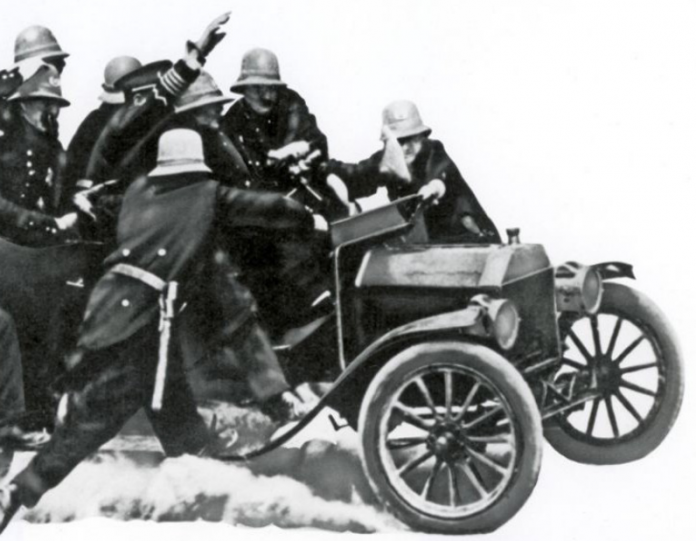 In part one of a three-part series, Anton Lane explains how a COP9 disclosure may unfold

Scott collected the post one day to find a letter from HMRC. It read: “Dear Mr Winton… I am writing to you because I have reason to suspect you have committed tax fraud. I enclose a copy of Code of Practice 9 (COP9).”

The A4 envelope was full of pages. It housed a cover letter and a 10-page document headed ‘Code of Practice 9 – HM Revenue & Customs investigations where we suspect tax fraud’. It also included a second letter headed ‘Contractual Disclosure Facility’ (CDF):

“…In return for you:
• Making an admission of all losses of tax and duty brought about by your deliberate conduct whether committed by you alone or with others and in whatever capacity

• Co-operating fully with our investigation

• Making a Formal Disclosure at the appropriate time, as described at section 6 of COP9

The Commissioners of HMRC will not start a criminal investigation into any tax losses brought about by your deliberate conduct disclosed in your Outline Disclosure.

The term ‘deliberate conduct’ means that you knew that an entry or entries included on a tax return and/or in accounts were wrong, but you submitted it/them anyway or that you knew that you had a liability to tax but chose not to tell HMRC at the right time.”

Scott knew he hadn’t paid the right amount of tax. He had for many years operated a successful project management business through a limited company. The company had received and not declared cash payments and had paid dividends to employees. The company had also funded a motor sports racing team. Scott had also amassed a large property portfolio.

The reason why HMRC don’t tell a taxpayer what they know, is to allow the taxpayer to demonstrate they have accepted they have done something they should not have and to regularise their tax affairs. It creates an environment to determine penalties, to commercially deal with serious fraud without the cost of prosecution and to allow a mechanism to permit prosecution where conduct persists.

Another question a client will ask is: what do HMRC know about? The information available to HMRC through data gathering powers from third parties, exchanges from overseas territories, other government departments, informants is vast. A Government Revenue service holds an infinite amount of information and comparative data held on other similar taxpayers. Before the days of automation and data analytics, tax fraud was so much easier.

Today, information technology provides the big brother with everything it needs to detect a tax irregularity. Two simple examples:

• Scott owned properties registered in his name at the land registry. The tenant’s name appears on tax records, the electoral role and council tax. The property is obviously occupied by someone other than the legal owner and the legal owner does not declare property income.

• Scott’s company had claimed expenses against income for all the projects they managed. Expenses in certain years appeared higher than in others and disproportionate to the income generated. In these years income appears to have been suppressed or additional expenditure has been incurred.

Most clients share a fear of what might happen and whether they will be prosecuted, go to prison, be able to afford the tax, interest and penalties. Most male clients also fear how their spouse or partner will react. Scott was nervous and certainly didn’t want to meet HMRC.

However, Scott was very sensible and admitted straight away that he had not declared rental income and that he had received cash payments for refurbishments of certain retail outfits, which had not been included within the company’s income. Scott immediately provided all bank statements for as far back as he could. Bank statements are generally available for up to 10 years.

Preparing the initial disclosure needs careful consideration. Section 4A requires the description of deliberate conduct and by including items within this section, Scott would be agreeing that the potentially lost revenue as a result of the tax irregularity would attract high penalties. Instantly there is an incentive to establish as many irregularities as non-deliberate. However, Scott would not be embracing the framework of COP9, if deliberate acts were included as non-deliberate. If Scott treated deliberate acts as non-deliberate, HMRC may refuse entering the contractual disclosure facility and instead undertake a criminal investigation.

The 60 days from the date of receipt of COP9 goes very quickly and it is essential to spend time wisely considering known irregularities as well as having an initial review of primary records. A specialist needs to explore the acts giving rise to the irregularities, establish whether professional advice was explicitly or impliedly given, consider personal or other factors that may have influenced undertaking an act to determine whether there is a possibility of contending an act was non deliberate.

Section 4B requires identifying individuals and entities involved and whilst we include as many entities we may identify, we also encourage clients to include a statement as follows: “I have instructed my advisers to undertake a full review which may identify other entities and I have confirmed to my advisers I will fully cooperate with disclosing any other entities identified and any associated UK tax irregularities.”

Scott was concerned that the initial disclosure ought to include as much information as possible.

Submitting an initial disclosure doesn’t guarantee that HMRC will proceed with CDF. They will issue confirmation they have received the initial disclosure and provide a timescale for them to respond and ‘tell you how our investigation will proceed’. Scott was issued with a ‘Valid Acceptance letter and Outline Disclosure’ although that letter sets out the terms of the CDF Contract:

“We agree not to start a criminal investigation for the tax losses that you have:

• Disclosed on the Outline Disclosure

• Admitted were caused by your deliberate conduct

We may start a criminal investigation, with a view to prosecute, for any tax losses that you have not:

• Included in your Outline Disclosure

• Admitted were caused by your deliberate conduct on your Outline Disclosure”.

Upon receipt of the letter, Scott enquired what might happen if he had missed something from the initial disclosure. Depending on whether the item missed were deliberate or not, Scott could still be prosecuted.

Scott had been utilising company funds to assist finance a motorsports team which he headed up. The team not only raced in the UK but also many other countries.

The officer contacted us shortly after the letter was received to request an opening meeting. These meetings are part scripted to allow HMRC to reinforce the serious nature of COP9 and the risk of prosecution. The officer will ask a series of questions, normally including:

• Have you read and understood the Code of Practice?

• Do you understand the definitions? [in relation to what tax fraud includes]

• Have you read and understood the Fraud Statement?

• Do you understand these circumstances? [in relation to when a criminal investigation might still
commence]

• If a payment on account is to be made, how will you be funding the payments on account?

Scott was extremely well prepped for his initial meeting. When HMRC asked a question, he would generally make eye contact with me, his agent, and give me enough time to interject if necessary. We had prepared for the meeting and requested an agenda along with specific questions the officer wished to ask. Inevitably, officers never provide the specific questions but do provide a very loose agenda. Not being provided with specific questions or a thorough agenda may result in a client not being able to accurately respond.

Scott was nervous about questions relating to the motorsports given it was not specifically included in the initial disclosure. Questions did arise and we acknowledged a review needed to be undertaken but were not at liberty to confirm the tax treatment at this time given the complexities involved. The officer was intrigued and did pursue questioning although with little substance being provided from us at that time.

On a few occasions, we had to advise the officer that:

• “Due to not being able to prepare for a specific question, any comments were simply from recollection and could be inaccurate and our client would of course provide accurate responses within his disclosure report.”

• “I am unable to recall the facts due to effluxion of time although I authorise my advisers to review primary records and make a full and complete disclosure. The matter will be included within my disclosure report.”

• “The request is one for speculation and as such following a review of primary records, any comments will be included within the disclosure report.”

A HMRC officer may be intent on a long, intense if not arduous meeting. On one occasion an officer confirmed at the outset of a meeting, the room was reserved for six hours and then presented 34 pages of questions having previously confirmed he only had a loose agenda. That meeting lasted an hour and we left with the 34 pages of questions to consider within the preparation of the disclosure report. Scott’s meeting lasted two hours and most opening meetings that we manage do not exceed this length.

The opening meeting is normally followed with a scoping meeting held between the adviser and the officer. These meetings can be exceptionally helpful.

• Anton Lane is an industry recognised specialist dealing with contentious tax issues. He is also an established author on tax risk and management. Email info@edge-tax.com or call 03332 074404